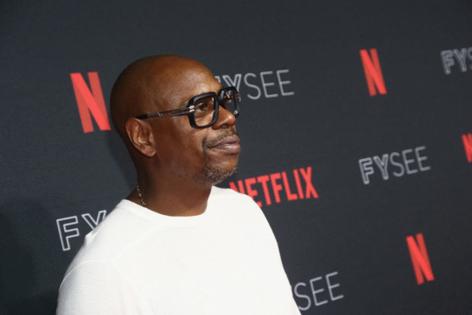 LOS ANGELES — Wednesday at 10 a.m., some employees of the world’s most dominant streaming service will walk out of Netflix’s Los Angeles office on Vine Street and gather for a demonstration calling for accountability and reform.

It’s the latest development in a controversy that began brewing two weeks ago when transgender Netflix staffers and their allies went public with their disapproval of the streaming giant’s decision to release Dave Chappelle’s “The Closer.” The special features the comedian making transphobic remarks and other insensitive jokes.

An avalanche of backlash, protests within Netflix, suspensions and defensive statements from the company prompted the walkout, which was organized by the Netflix employee resource group Trans*.

A list of walkout demands reviewed last week by the Los Angeles Times asks the company to remove all references to and imagery of Chappelle — such as murals and posters — from the workplace and acknowledge the harm the special and Netflix have allegedly caused the trans community.

Drafted by members of Trans*, the document also requests that the streamer set aside a fund specifically aimed at cultivating trans and nonbinary talent, both behind and in front of the camera, in addition to investing in more content from trans creators.

Along with reforming “internal processes” leading up to the release of “potential harmful content,” the manifesto also challenges Netflix to hire trans people for leadership roles at the company, such as directors and vice presidents.

Shortly after “The Closer” premiered earlier this month, Netflix senior software engineer Terra Field posted a viral Twitter thread listing the names of trans people who have died from transphobic attacks to illustrate the potential ramifications of anti-trans rhetoric.

The following week, Netflix suspended Field and two other staffers for attending a quarterly business meeting reserved for executives at the company. Field and her co-workers have since been reinstated following an internal investigation.

Shortly after the suspensions, Netflix also fired another employee, who “may have been motivated by disappointment and hurt with Netflix,” for “sharing confidential, commercially sensitive information outside the company.”