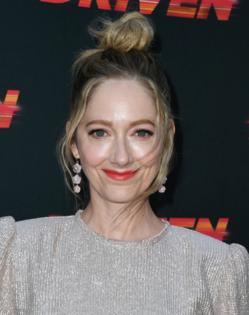 CHICAGO — “On my bucket list is doing a play at the Steppenwolf,” said Judy Greer, who is a DePaul University alum. She hasn’t been able to carve out time for a Chicago play just yet, with film and TV roles filling her schedule since moving to Los Angeles in the decades since college.

She currently stars on FXX animated comedy “Archer,” voicing the clumsy assistant Cheryl Tunt to Jessica Walter’s abrasive honcho Malory Archer. The show’s return for its 12th season is bittersweet: It’s Walter’s final season, which she completed before her death in March. “I don’t want people to watch these episodes and be sad,” Greer said. Instead, she hopes audiences will take the opportunity to honor and appreciate Walter’s wit and talents. “She was like no other.”

In addition to “Archer,” Greer is best known for “Arrested Development” and “Ant-Man and the Wasp,” as well as playing the best friend in a slew of romantic comedies, from “13 Going on 30” to “27 Dresses.”

When asked about a worst moment in her career, she shared a story about working on the 2004 comedy “The Last Shot,” about a Hollywood filmmaker looking for someone to finance his movie, only to learn his producer is an undercover FBI agent.

“Alec Baldwin was in this movie (as the FBI agent) with Matthew Broderick (as the filmmaker). OK, so: I auditioned for a role and Calista Flockhart ended up getting it, but because I had such a great audition and such a good time with the director (Jeff Nathanson), they were like, ‘We really love you so much and we want you to be in the movie — would you ever play this other character?’

“It was for this role of a studio executive who was larger-than-life and had all this personality and grit. I imagined her to be tough and the kind of person who smoked a lot of cigarettes. Kind of like a female version of Robert Evans. A jaded Hollywood executive who busts chops. And me at that age? No, no, no. That was not me. They had originally written it with Carrie Fisher in mind, I think. And this was in 2004, so not only was I not the right age, tonally we weren’t similar? But I was so excited and I was still just starting out, so I was taking any job I could get. So I was like, ‘Yeah! OK, I’ll do it! Great!’

“So I have this scene with Alec Baldwin and I’m so excited and nervous, because it’s Alec Baldwin. And we do the scene and it’s not working. It’s clunky and weird and I know I’m bad in it. He’s being so great and so nice to me. But I never felt like I nailed it. And it was such a frustrating drive home from work that day and I just remember thinking, this is not right. I felt so bad about myself. Like, maybe I’m a bad actor. Maybe I’m not good and this has all been a fluke and you spiral out of control because you’re a neurotic artist who thinks it’s all the emperor’s new clothes.

“So that was a horrible day, and I knew I wasn’t giving the director what he wanted. It was trying to fit a square peg into a round hole. And I wasn’t confident enough in myself yet to say, ‘That’s not who I am, and if you want a great performance out of me, I’m going to need to do it my way so it feels natural for me.’ But I didn’t have that kind of confidence. And since I didn’t audition for this role, none of us knew this was going to happen when I showed up for work, right?

“So I get home. I’m really upset about how the day went. And I’m sitting there tortured, probably eating a can of something, and my phone rings. And it’s my agent and my manager and they only ever call together when I get a job. So I was like, oh, what did I audition for recently that I booked?