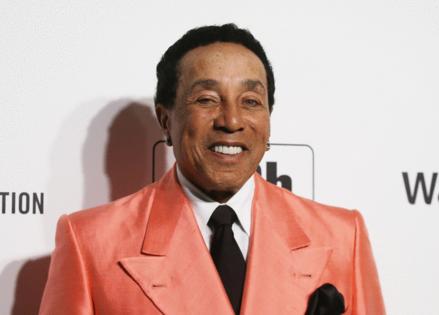 “I was in the hospital for 11 days before Christmas and it wiped me out. It was touch and go,” the longtime Los Angeles resident told The San Diego Union-Tribune. He spoke by phone Friday to preview his Aug. 21 concert at the San Diego Symphony’s new Rady Shell at Jacobs Park.

The famed singer-songwriter, who turned 81 on Feb. 19, is a 2002 National Medal of the Arts recipient and 1987 Rock & Roll Hall of Fame inductee. His July 24 Washington concert at Northern Quest Resort & Casino in Airway Heights, outside Spokane, was his first performance in front of a live audience since early 2020.

“I was really worried about it because I’m a COVID survivor,” Robinson said, speaking by phone from his Los Angeles home.

He had not previously disclosed that he had contracted the deadly virus.

“It messed with my vocal cords,” Robinson continued.

“I could barely talk for a month (afterward), so I had to continually work on myself to sing and get those muscles back. It was a nervous situation (in Washington) because it was a full-blown, two-hour concert. But after two or three songs, it felt good. I was very happy about that.”

Robinson did not say how or when last year he contracted COVID-19 — for which he was vaccinated in late March of this year at South Park Recreation Center in Los Angeles — or where he was hospitalized. But he spoke with palpable enthusiasm throughout his 45-minute interview Friday, at one point breaking into a vigorous vocal simulation of former Temptations’ singer Eddie Kendricks at full throttle.

Robinson said he has now resumed work on two new albums — one in English and one in Spanish — both of which he describes as “contemporary.” He is also focused on a biopic feature film based on his life and career. Robinson formed his first band, The Five Chimes, before he had become a teenager.

“We’re script-writing right now,” said the Detroit native, whose candid autobiography, “Smokey: Inside My Life,” was published in 1989. “We’ve been working on it for a year now.”

As the leader of Smokey Robinson & The Miracles, he wrote and recorded some of the most enduring pop songs of the 1960s before launching his solo career. As a staff writer for Motown Records, he helped craft chart-topping hits for The Temptations, Mary Wells and others. Bob Dylan famously hailed him as “our greatest living poet.”

Asked if music means more to him now than it did before the pandemic and his contracting COVID-19, Robinson offered a simple but eloquent response.

“Everything means more to me now,” he said.

The Scooby gang comes together for a "Friends"-like reunion that gets interrupted by a ghost terrorizing the Warner Bros. Studios. Too bad the menace is a lot less frightening than Ugly ...Read More