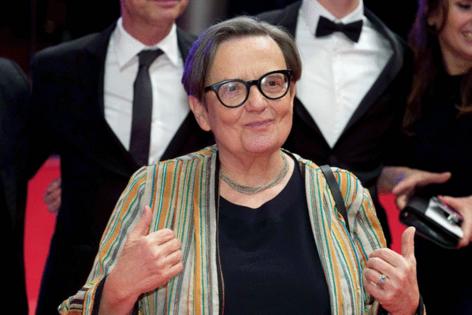 Agnieszka Holland‘s “Charlatan” peels back conflicting layers of a man to find they’re all connected. But the Czech Republic’s official international-feature submission to the 2020 Oscars leaves viewers at an odd distance from its complex subject.

Jan Mikolasek was a healer in the former Czechoslovakia who came to prominence in the years around World War II. He wasn’t a doctor, but was a certified herbalist who saw hundreds of patients a day and claimed to be able to diagnose ailments without in-person visits merely by visually examining their urine. Among his better-known patients: eventual Czech President Antonin Zapotocky — and Martin Bormann, chief of the Nazi Party Chancellery. Years after the country was remade by a communist coup, party co-founder and Mikolasek protector Zapotocky died and the healer was arrested. That’s where “Charlatan” begins.

It's also where most of the documentable aspects of the story end. Without making proclamations regarding the film's veracity, it is difficult to confirm key facts in the narrative. For instance, its version of the charges brought against Mikolasek have less to do with reported accusations of tax evasion and overpricing of herbs than the trumped-up murder beef on which "Charlatan's" second half turns. Available contemporary sources conflict, but the film's take on Mikolasek's sexuality, one of its key themes, may be dramatic speculation.

Accepting all that — that the film is intended less as a documentary biopic than a rumination on the multiplicity possible in one person — allows one to sink into the inner workings, the variable cogs turning, inside Jan (a layered performance by Ivan Trojan). In "Charlatan," he has an undeniable gift, something that drives him more than anything else could — certainly more than his relationships, even with the one person who seems to matter to him, devoted assistant and partner Frantisek (Juraj Loj, the film's emotional core). It may be true that talent does what it can and genius does what it must, but the wreckage Jan's devotion to his calling leaves behind is real.

While "Charlatan" firmly believes in Mikolasek's healing powers, the character lends multiple meanings to the film's title. To the doubters in the communist regime, he's a faker, a snake-oil salesman preying on people's desperation. He says his herbs are only half the prescription, the other requirement for healing being faith. To himself, he is a devout Catholic living a secret life his religious doctrine would decry, so in his own eyes he's a charlatan for other reasons. The film's ending raises a third meaning of the title, posing a complex question that would be a spoiler to detail here.

It all adds up to a portrait of a complicated character. He is haughty, even superior and demanding, but hates himself and regularly punishes himself at a private Christian shrine. He becomes fabulously wealthy but gives much away — the real Mikolasek apparently funded public works projects and local events. He's compelled to heal; when the war and occupation frighten people from his practice, he drives to their homes to see them. He's also capable of bouts of cruelty and horrifically destructive decisions, sometimes without warning or explanation.

Holland, the Oscar-nominated maker of such films as “Europa Europa” and “Spoor,” deftly moves the story through its present and past and elicits understated performances throughout the entire cast, all without excessive sentimentality. There’s an almost cool remove to much of the filmmaking, probably due to the constant presence of Jan. The director, cinematographer Martin Strba and production designer Milan Bycek subtly manage the tone and temperature of scenes and locations — from the dingy hopelessness of prison cells, framed in the foreground by iron bars, to the inviting, warm colors of gardens and homes or the beautiful, tall-grass-embraced memory of a sexual frolic in the countryside. Thus, the rare emotional outbursts stand out more against Jan’s steadily controlled palette.

In the end, though, "Charlatan" feels like a mostly intellectual exercise. That may be due to Jan's rigidity, his externally successful struggle with his internal demons; the director has noted he almost never smiles in the film. What audiences are likely to come away with most of all is a pondering over how these many sides could coexist in the same person, perhaps wondering what they think of him — and finding it difficult to arrive at an answer.

In Czech and German with English subtitles

Where to watch: Now in theaters; also on premium VOD