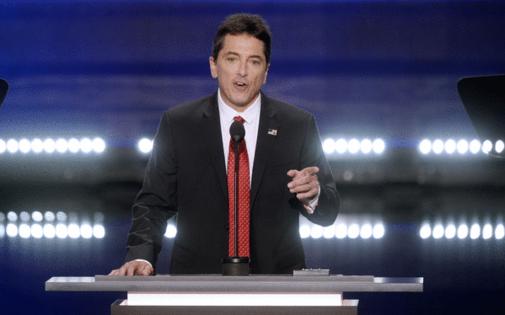 “Why is this funny?” Winkler demanded after Baio posted a photoshopped image of those lawmakers, whose heads had been replaced by a COVID germ. “Our country is in danger.”

Baio claimed he was pointing out hypocrisy as he saw it and fired back, “What’s your point?”

Politics aside, the exchange didn’t sit well with apparent sitcom fans of the coming of age comedy, where Baio played teenager Chachi Arcola to Winkler’s iconic Arthur “Fonzie” Fonzarelli character from 1977 through 1984.

“I hope he issued an apology,” stated one Twitter user. “Are you guys still friends?”

Baio responded with a loaded answer, considering much of the social media chatter following his brief fallout with the Fonz revolved around masking and resistance to COVID vaccines.

That claim went over well with some supporters who apparently have affection for the two New York City natives.

“Good to hear,” wrote VinceG222, who describes himself as a New York Mets and Knicks fan.