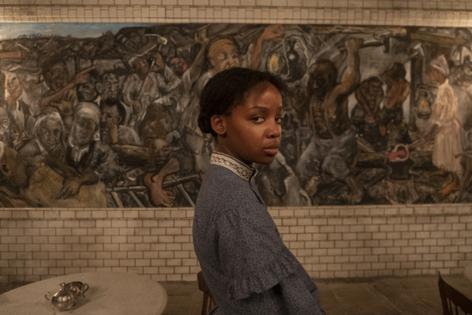 The Culver City studio's inclusion policy aims to improve racial, ethnic and gender diversity on screen and its hiring decisions and provide better documentation of its efforts. Amazon Studios said for films or series with three or more people in above-the-line roles, it aims for at least 30% of positions to be filled by women and people from underrepresented ethnic or racial groups. The studio said it plans to increase this to 50% by 2024.

Other goals include hiring actors whose identities align with the characters they are portraying; and having at least one role representing someone from the LGBTQ community, a person with a disability, and three underrepresented race, ethnic or cultural groups on each production. In addition, productions are asked to seek bids from at least one woman-owned business and at least one minority-owned business, Amazon said.

"We know how much work there is to be done to improve representation both on-camera and behind the scenes, and it starts at home, with us," said Jennifer Salke, the head of Amazon Studios, in a statement. "With clear directives and a commitment to accountability, these guides provide a path toward a more equitable future, both on- and off-camera."

The inclusion efforts align with a larger effort by Hollywood to become more diverse in light of the police killing of George Floyd last year. Floyd's death sparked a social movement that put pressure on companies to hire more people of color and women.

Amazon Studios did not immediately respond to questions of how its films and series are faring against its new goals.

The company, a division of the e-commerce giant, said it would give productions a "report template" for documentation on how they fare with the policy. It's not clear whether punitive action will be taken against productions that do not reach the goals.

"We wanted to move beyond good intentions to creating mechanisms that hold us accountable to a high bar," said Latasha Gillespie, executive head of diversity, equity and inclusion at Amazon Studios, in a statement.

Other companies have also made commitments to improve diversity. Netflix released a detailed report in February on how it fared in diversity and inclusion, showing that the percentage of diverse leads and co-leads increased to 37.3% in 2019, up from 26.4% in 2018. The Los Gatos streamer has worked with first-time filmmakers, several who are women or people of color, and funded efforts that support underrepresented groups in film and TV.

In 2018, Michael B. Jordan and WarnerMedia reached an agreement where the studio pledged to bring more women, people of color, LGBTQ and people with disabilities to work in front of and behind the camera.