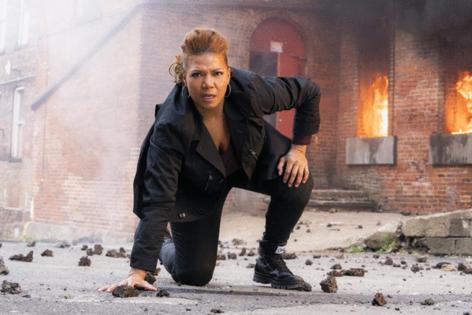 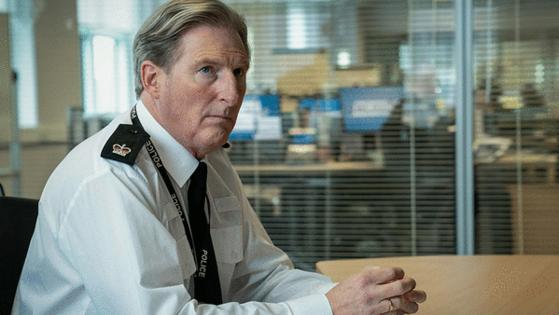 American TV is not big on ethics or morality. While that surely says something about the industry itself, I think it also says something about the culture and us. I have been trying to figure that something out lately since the return of the British police drama “Line of Duty” and its leading character Superintendent Ted Hastings for a sixth season in the U.S. on the BritBox streaming service.

The series focuses on a police anti-corruption unit known as AC-12 within a fictional Central Police Force. The core cast is Hastings (Adrian Dunbar) and investigators Detective Sergeant Steve Arnott (Martin Compston) and Detective Constable Kate Fleming (Vicky McClure). Each season features a guest star and one major investigation of corrupt cops. The guest star playing a police officer is usually suspected and investigated for corruption. This season, the role belongs to Kelly Macdonald, a standout in films and TV series ranging from “Trainspotting” to “Gosford Park” and “Boardwalk Empire.” While much of the praise for the series often goes to the guest stars, it is the Superintendent Hastings character who makes “Line of Duty” must-stream for me.

Hastings has come to embody something very rare on television these days: a character who seems deeply committed to ethical behavior to the point where he or she becomes a moral center around which the universe of the series revolves. That might not seem so remarkable given that he is the head of an anti-corruption unit. But with Hastings, it appears to go far deeper than his job. He seems disgusted by crooked members of the force, or “bent coppers” as they are known in the language of the series. And he seems obsessed with rooting them out and punishing them.

He’s been described as old school in part for his rigid sense of morality, as well as his use of old-fashioned colloquial phrases, like, “now we’re sucking diesel,” or “now we’re cooking with gas,” to signal his team is making progress on an investigation. But old school doesn’t do him justice. He’s more like Old Testament in his sense of moral certitude and crime and punishment for dirty cops.

“We do our duty to the letter of the law. The letter!” he has said on more than one occasion. “None of my people would plant evidence. They know I would throw the book at them. Followed by the bookshelf.”

Creator and executive producer Jed Mercurio clearly gets the appeal of Hastings as a moral center and plays to and with it. The trailer for season six ends with Hastings looking into the camera and saying with a tone of disapproval, “When did we stop caring about honesty and integrity?”

The tagline for the season: “Lies cost lives.”

In the second episode, Hastings is chastised by his supervisor for not appreciating that at his senior level of management his job is as much about “politics as it is policing.” It’s a warning, and Hastings instantly lets his boss know he’s not going to play politics.

“I’m interested in one thing and one thing only, and that’s bent coppers,” he replies righteously.

He later denounces his supervisor as a “bare-faced liar appointed to our highest office.”