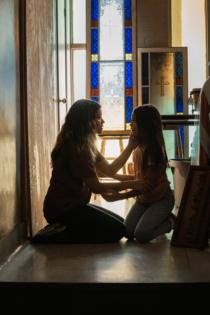 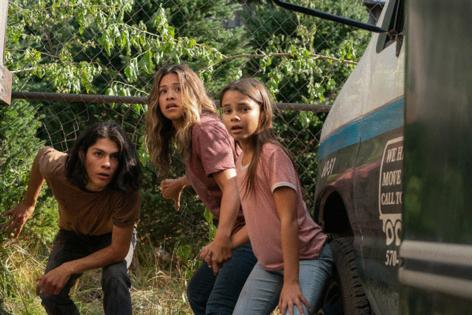 If the end-of-the-world genre seems downright somnambulant lately, "Awake" is jolting proof a fiendishly clever twist can shake it from its doldrums.

In the effectively made, low-key but laser-focused thriller, something like a global electromagnetic pulse fries all electronics on Earth — and rewires humans so they can't sleep. At all. Ever.

Gina Rodriguez plays ex-soldier and recovering addict Jill, a widow trying to make ends meet and show up for her kids, who live with her mother-in-law. When the event occurs, society staggers. When people realize they can't sleep, it disintegrates. Jill finds herself on a harrowing journey with embittered teen son Noah (Lucius Hoyos) and intelligent young daughter Matilda (Ariana Greenblatt). Her quest is not only for her family's survival but potentially that of the human race.

What extreme sleep deprivation does to humans makes this a diabolical snare, one of the better premises to come down the sci-fi pike in a while. As every person's cognition fogs, then slowly crumbles, a government-run team supposedly works against the clock in a hub somewhere. Should the family ever reach them, there's no guarantee they'd be walking into anything but more desperation and madness. What Jill knows for sure is it's getting worse by the minute and if the puzzle isn't solved soon, the entire human race will drop dead.

Rodriguez's Jill is smart and cool under pressure, sans outsize heroics. Greenblatt is excellent, making us believe her Ariana could think of the things she does and feel the fear and dread she does. Barry Pepper contributes one of the film's more memorable turns as a priest trying to herd his flock on the brink of what looks like the least fun stuff from the Book of Revelation.

Director and co-writer Mark Raso ("Kodachrome") effectively uses extended single takes to immerse us in the moment and has a casual touch with action that offers respite from the usual orange fireballs and acrobatic gunfights. Sparing us such theatrics roots us in a real-feeling world, so it's extremely tense when, say, the family's car cruises by glassy-eyed, ordinary-looking people standing naked in the road and staring at the sun. We don't need big bads; it's scary enough that Jill is doing worse and worse at her quickie mental acuity checks. Very much to the film's credit, it feels less like the calculated spectacle of "Army of the Dead" than the slow-motion deadfall of "The Road."

Raso's touch with score can feel heavy, but he more than makes up for it with honest emotional moments and well-executed plot points. Jill makes good decisions — a major relief to those exhausted by the horrible-choices-for-plot-convenience trope. A word to the interested: Avoid the trailer, as it contains a fair number of spoilers.