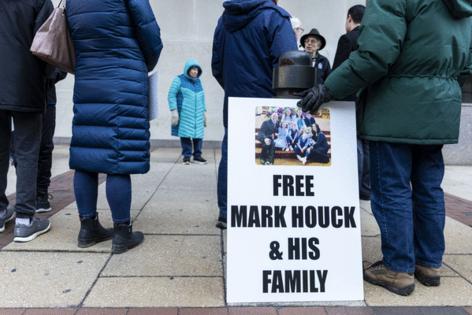 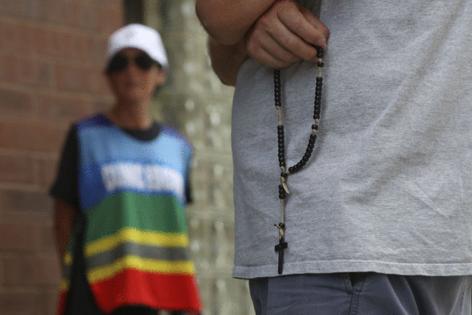 PHILADELPHIA — The scuffle was brief.

And had the altercation that broke out near the intersection of 12th and Locust Streets on Oct. 31, 2021, occurred on almost any other street corner in the city, it might never have landed in federal court.

But because of who was involved — Mark Houck, a prominent Catholic anti-abortion activist, and Bruce Love, a Planned Parenthood patient escort volunteer — and where their fracas occurred — just steps from the Elizabeth Blackwell Health Center, a reproductive health clinic that provides abortion services in Center City — the incident is now at the heart of a politically divisive trial that has the anti-abortion movement drawing battle lines against the federal government.

Prosecutors on Wednesday began presenting evidence in their case against Houck, 48, who is accused of twice shoving Love, 73, during the 2021 altercation, knocking him to the ground.

He stands charged with violations of the Freedom of Access to Clinic Entrances, or FACE, Act — a little-known and, until last year, rarely used statute that makes it a felony to injure, intimidate or interfere with anyone providing abortion services. If convicted, Houck could be sentenced to as many as 11 years in prison.

But as they delivered their opening pitch to jurors Wednesday, his lawyers scoffed at the notion that the fracas was worthy of their time. It was Love, they maintained, who instigated the encounter and Houck, they said, had no intention of interfering with the clinic’s operations that day.

If anything, defense lawyer Brian McMonagle told the panel, the case amounted to little more than a misdemeanor assault.

“This is not a state court prosecution for assault,” he said. “They made a federal case out of a shove!”

The bombast inside the courtroom on the trial’s first day was rivaled only by that which has erupted around the case as it made its way to this moment.