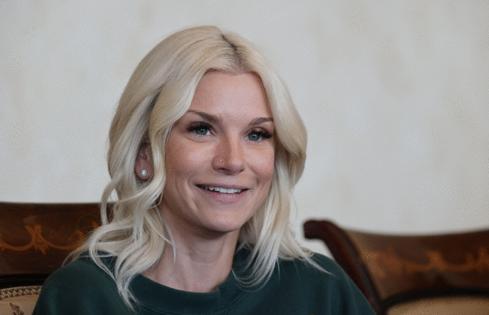 ORLANDO, Fla. — Lawyers for the mother who was banned from volunteering at Sand Lake Elementary School after an anonymous email pointed officials to her OnlyFans page filed a lawsuit Tuesday against Orange County Public Schools.

The lawsuit, filed in Orange County and announced Wednesday, comes after Victoria Triece was told in October 2021 she would no longer be welcome in OCPS’s ADDition volunteer program, which she was a part of for five years. Triece would organize parties and assist in lab assignments as part of her work with her now 11-year-old son’s class.

That was until an email sent by an anonymous “concerned parent” to Sand Lake Elementary Principal Kathleen Phillips revealed her day job creating and posting adult content on OnlyFans, a subscription-based platform popular among sex workers.

“It’s kind of like having a scarlet letter on her head,” said attorney Mark NeJame, who along with John Zielinski represents Triece in the lawsuit. “What she does in her off time is not illegal, yet we have a morality police with the Orange County school board and whatever administrators made this horrific decision.”

Her content was not a secret, and Triece said she always dressed appropriately on school grounds but was still banned as a volunteer. Her lawyers said the only factor listed that disqualifies volunteers is a criminal record, which Triece does not have.

They also claim the district never fully explained the reason for her ban. OCPS spokesperson Michael Ollendorff declined to comment on questions about the ban, citing district protocol to not discuss pending litigation.

“It’s never been clarified to me. They never said what I could and couldn’t do,” said Triece, who added she now avoids activities like school sporting events as a precaution. NeJame said he and Zielinski interpret the ban from volunteering as a ban from “any type of school function.”

The lawsuit is the second attempt to address the ban through the courts. Last January, lawyers for Triece filed a suit that sought to force OCPS to reverse the ban. That attempt failed as Circuit Judge Paetra Brownlee ruled Triece “does not have an unequivocal legal right to participate” in the school district’s volunteer program.

The latest lawsuit claims the explicit images attached to the anonymous email were “circulated ... to OCPS staff and employees that were not in need of the information,” including administrators, principals and others.