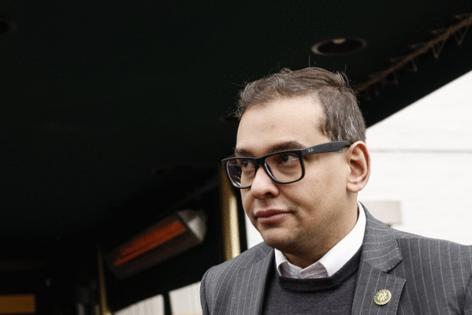 WASHINGTON — Scandal-plagued New York Republican George Santos said Wednesday he’d hold a news conference to answer “all the questions” about his fabricated resume and the money that fueled his successful election to the US House in November.

He gave no indication when he would hold the news conference.

Santos, who has rebuffed calls to resign from top GOP officials in his home district and from other Republicans in New York, has previously promised to tell his story but has yet to give a full accounting of his past.

“All the questions you guys have will be answered,” he told the group of reporters who had been trailing him through the Capitol. “It’s a matter of, you know, just waiting.”

The recently sworn-in lawmaker had just come off the House floor after giving his first speech — remarks supporting protesters in Iran.

“We’re going to be doing a nice sit-down with everybody, so it will be fantastic to address every single issue when we get there,” Santos said, at one point complaining that someone in the crowd was kicking him. “We’re working on it.”

Santos has been under fire for fabricating large swaths of his background, including his education, work history and religion, as he raised millions of dollars for his campaign to represent New York’s 3rd Congressional district, which encompasses parts of Long Island and the New York City borough of Queens.

There have also been multiple complaints filed with the Federal Election Commission claiming Santos illegally hid the source of donations to his campaign and violated other provisions of campaign finance law.

“We will be addressing all of that soon,” Santos said.