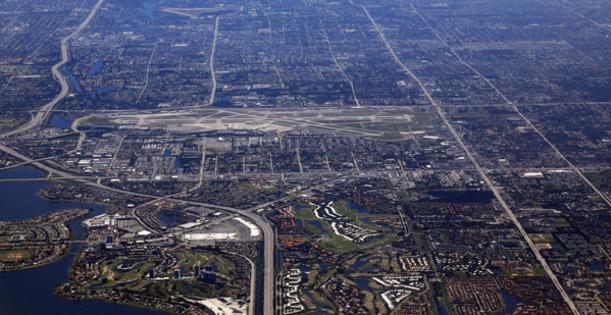 Terminal C at Palm Beach International Airport was shut down for about two hours Tuesday evening after a Frontier passenger said he had a bomb in his bag.

Palm Beach County Sheriff’s Office deputies, Bomb and Arson Squad detectives and Federal Bureau of Investigation agents responded to Terminal C shortly after 5 p.m. and evacuated everyone in the area, said Teri Barbera, a spokesperson for the Sheriff’s Office.

Airport officials said in a tweet shortly after 8 p.m. that the concourse began reopening. Travelers should check with their airline, officials said.

“The FBI will follow up with potential charges on the detained passenger,” Barbera said.

Several flight passengers wrote in tweets Tuesday night that they were sitting on grounded planes or that the terminal was closing and they weren’t being told why. Another passenger said in a tweet his flight was told there was “unusual security activity.”

One person whose relatives were at the airport wrote in a tweet that the relatives deplaned and were moved to “a secure place.” A photo posted to Twitter shortly after 6 p.m. showed passengers standing behind yellow crime scene tape in the concourse.

Nicole Hughes, a spokesperson for the airport in West Palm Beach, said two JetBlue flights and a Delta flight that were scheduled to deplane at Terminal C unloaded at other gates.

All flights scheduled to depart from Terminal C were delayed, Hughes said, but she did not know how many.

Delta, Frontier, JetBlue, Spirit and Breeze Airways depart from Terminal C, according to the airport’s map. Terminals A and B remained open, Hughes said.