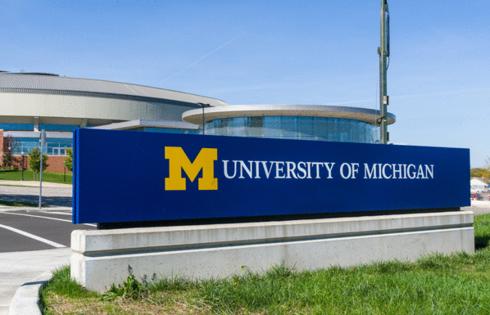 DETROIT — A University of Michigan gastroenterology researcher is no longer employed by the university following the retraction of five academic papers in scholarly journals due to what one academic journal called the "falsification" and "fabrication" of data involving millions of federal research dollars.

Chung Owyang — formerly chief of UM's Division of Gastroenterology and Hepatology, according to the Mayo Clinic, and a medical researcher — left the university as of Jan. 2, UM spokeswoman Kim Broekhuizen said Tuesday. He is listed as a retiree in online UM records.

It was unclear how the purported falsifications or fabrications came to the attention of UM. But the retraction notices posted by the academic journals said the University of Michigan requested the retractions following a review by a university research misconduct investigation committee.

UM declined to answer questions about Owyang, including what the research issues involved and his length of service to the university.

Owyang, 77, who was hailed as a pancreas research pioneer in a 2011 interview in the academic journal Pancreotology, could not be reached for comment.

In a Jan. 17 retraction, the American Journal of Physiology, Gastrointestinal and Liver Physiology said it was retracting Owyang's article at UM's request because "a university research misconduct investigation committee found that there was falsification and/or fabrication" of certain data.

In 2022, the American Gastroenterological Association bestowed on Owyang with the William Beaumont Prize in Gastroenterology, which recognizes individuals "who have made major contributions that have significantly advanced the care of patients with digestive diseases through clinical or translational research."

In announcing the award, the national organization hailed Owyang as "an internationally renowned gastrointestinal physiologist who has revolutionized the study of transitional neurohormonal control and behavior that can improve clinical treatments for gastrointestinal patients. During a span of 30 years, he made several seminal observations in the field of gut hormones and is considered a pioneer in gut endocrinology."

The AGA also said he had received National Institutes of Health funding for more than 30 years and had published more than 300 article and reviews in journals.