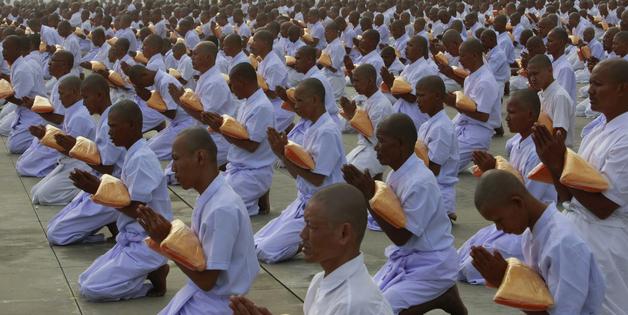 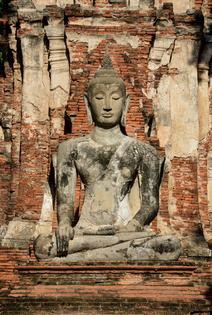 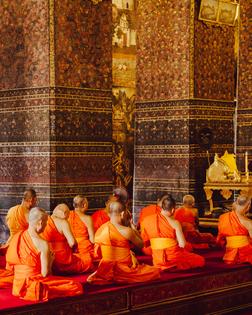 The symbolic image of the silently meditating nun or chanting monk often embodies the Buddhist religion. Such representation may make it appear that Buddhist teachings and practices are grounded in heterosexual norms. However, there is also plenty of discussion on the various expressions of human sexuality and sexual orientations in pre-modern Buddhist literature.

In contemporary debates about gender, nonbinary definitions in particular, have reached many countries where this ancient religion is practiced.

Gender and sexuality in Buddhism are central to my scholarship. And my research demonstrates that queer life in the context of traditional Buddhist monastic ordination appears to be slowly changing.

Monasticism, whereby individuals dissolve all secular ties and devote themselves to full-time study and religious practice, represents the highest ideal of a Buddhist community. By virtue of their dedication, nuns and monks become respected role models for the lay community and provide guidance in Buddhist practice. In return, the lay community offers material support to the monastic community.

The Buddhist ideal of enlightenment resists description in either language or logic, including its views on gender identities. The famous declaration in the first-century text “Vimalakīrti-nirdeśa Sutra,” “In enlightenment there is no male or female,” illustrates this point well.

Yet Buddhist teachings often arrange followers by male and female genders. The four pillars of the Buddhist community, or sangha – nuns or ordained female monastics, monks or ordained male monastics, laywomen and laymen – are arranged by gender. This gender structure also functions in monastic living arrangements: monks and nuns live, study and practice in separate quarters.

This framework holds true for public teachings as well. The seating arrangement puts monastics in front, with monks on one side and nuns on the other, and laypeople behind, also divided by gender. Those who do not fall into the gender category of man or woman cannot be neatly placed in this ideal Buddhist community.

One example of those who do not fit into the binary gender arrangement is a group of queer people called “paṇḍaka.” This Sanskrit term can be translated literally as someone “without testicles.” Another interpretation might be those who fail to conform to culturally expected masculine roles. A paṇḍaka could be someone who is impotent, either congenitally or periodically, or someone whose sexual desires are considered nontraditional. The term might also be translated as “queer.”

The attitude toward paṇḍakas, or queer people, in pre-modern Indian religions, including Buddhism, Hinduism and Jainism, was largely disparaging. They were feared for their seductive powers and were denied monastic ordination. Such accounts can be found in early Buddhist literature dating back over 2,000 years.

In fact, until now, to be accepted into the Buddhist monastic community, one had to meet a list of requirements, including unambiguous genitalia.