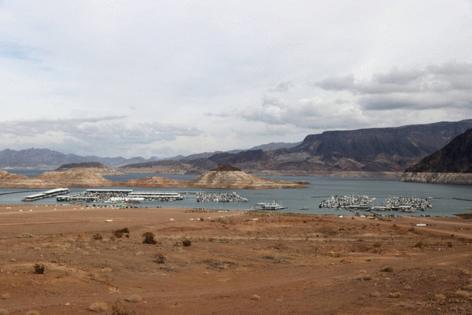 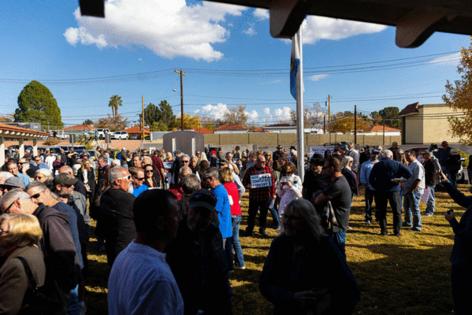 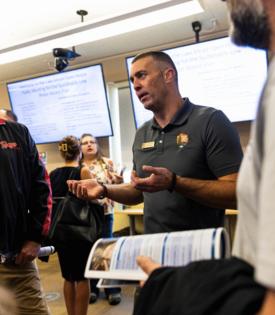 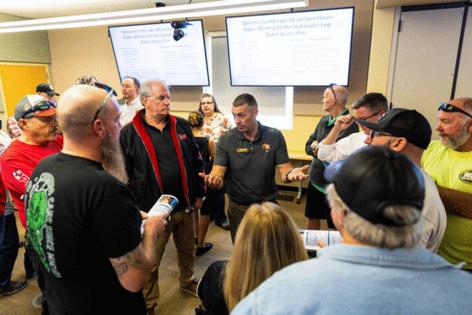 But with water levels at the nation’s largest reservoir expected to continue declining amid chronic overuse along the Colorado River and a 23-year megadrought, it’s an option that was staring Convis in the face on 4-foot tall poster boards Wednesday afternoon in Boulder City.

Last month, the National Park Service sent out a newsletter indicating that it was starting the process for planning the future of boat launch ramps at five marinas at Lake Mead, Temple Bar, Echo Bay, Hemenway Harbor, Callville Bay and South Cove.

The newsletter listed three options for each location, which include maintaining current management plans, extending launch ramps as the lake continues to shrink, relocating some of the ramps, or another concept in which the park service does not extend or relocate the launch ramps at all.

Convis, a 69-year-old resident of Henderson, was one of hundreds who showed up Wednesday to voice opposition to that option during a meeting put on by the National Park Service in Boulder City to discuss the future of boating access at the lake.

“It doesn’t make any sense,” said Convis. “They talk about turning it into a non-motorized lake. Well people my age, we don’t go kayaking and paddle boarding around. We want to enjoy the lake.”

Some were hoping for answers at Wednesday’s meeting, which looked more like an open house than a typical government meeting, with people gathering around various park officials to ask questions about the different options for each of the marinas the park is evaluating.

Bruce Nelson, director of operations at Lake Mead Marina, said the organization of the meeting was a mistake on the park service’s part because there was a perception that it would be more of a formal gathering where people could enter comments into the public record rather than the informal conversations that ended up happening.

“It really is just some poster boards,” he said. “If you don’t write something down, if you don’t record it and put it in recorded history, no one’s going to remember what I just said.”

Still, Nelson, whose family has owned Lake Mead Marina since 1957, doesn’t see a future where the park service takes the drastic step to cut off boating access at the lake.