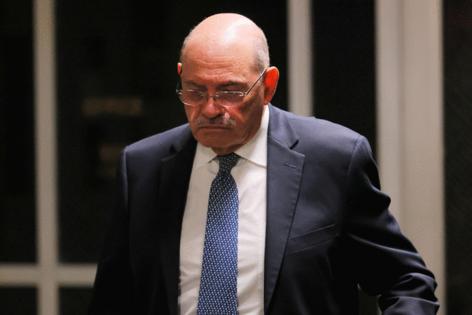 “We are here today for one reason and one reason only: the greed of Allen Weisselberg,” said Trump Corp. lawyer Necheles. “Along the way, he messed up. He got greedy. Once he got started, it was difficult for him to stop.”

The former CFO, who described himself as Trump’s “eyes and ears” from a financial standpoint in a 2015 deposition, will soon be sentenced to five months in jail after pleading guilty to the fraud in August. His deal was in exchange for testifying for the prosecution and a shorter prison sentence.

Weisselberg’s deputy, company Controller Jeff McConney, 67, who handled the paperwork in question, spent days on the stand under immunity, which he received because he testified before the grand jury that signed off on the charges. He claimed he followed the boss’s orders when he broke the law.

Both men admitted to omitting $1.7 million in luxury work expenses from Weisselberg and other executive’s taxable income, reducing the amount they owed in taxes for 15 years. Purchases on the Trump Organization’s dime included rent on a Manhattan apartment, Mercedes-Benz car leases, furniture in Weisselberg’s Florida home, and his grandkids’ private school tuition. The Trump Organization’s chief operating officer, Matthew Calamari Sr., who is not charged, enjoyed many of the same benefits.

To find the entities guilty, the jury must find Weisselberg was a “high-ranking managerial agent” at the Trump-owned company when he devised and carried out the tax dodging scheme. The panel must also find the CFO was acting in the scope of his employment partially to benefit the company.

A full-time Trump Organization employee for decades, Weisselberg described receiving his yearly bonuses totaling hundreds of thousands of dollars as an independent contractor. That meant the business didn’t owe payroll taxes. Weisselberg said he knew the fraud benefited the company.

By subtracting the cost of the lavish expenses from the executives’ hefty annual bonuses and salary — an illegal practice known as “backing out” — they paid the company back.

Prosecutors say the fraud that Weisselberg got rich off was no secret and intended to benefited his employer as much as it benefited him. They were expected to deliver their summation later Thursday.

The Trump entities stand to shell out $1.7 million if convicted, considerably less than how much they owe in attorneys’ fees. Trump is not charged in the case, which he’s called a witch hunt.