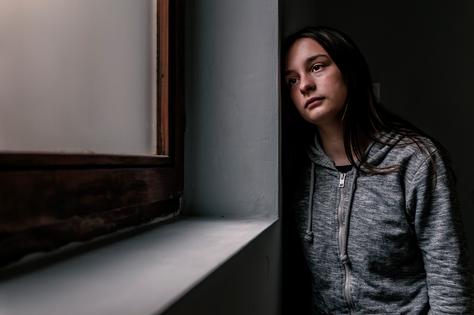 More than 44% of teens reported persistent feelings of sadness and hopelessness in the first half of 2021, according to a report from the Centers for Disease Control and Prevention. The early 2022 report, which was based on an online survey, also found that nearly 20% had seriously considered suicide, and 9% attempted suicide.

The COVID-19 pandemic is a likely contributor to these startling figures, but rates of teen mental illness have been rising over the past decade.

One crucial factor that has received little attention in supporting teen mental health is the role that parents can play.

This is surprising, since research has clearly established that participation by a caregiver in their child’s mental health treatment is directly related to a successful outcome. A key reason for this is that parents generally interact with their teen on a daily basis and can model and cultivate coping skills.

Yet, for mental health professionals, it can be challenging to integrate parents into teens’ treatment when there are discrepancies between the perspectives, goals and expectations of teens and parents. In addition, consent and privacy laws sometimes limit providers’ abilities to disclose key details about a teen’s mental health to parents.

As researchers studying childhood trauma and adolescent development, we see parents and caregivers as a critical link in addressing the urgent mental health crisis among teens.

Parents often dread the teenage years, anticipating mood swings, risk-taking behaviors and endless arguments. Some of this is developmentally normal: Teens are developing their identities, testing limits and asserting their autonomy. These combined factors can lead to hostility and a lower-quality parent-teen relationship.

Physically, teens are sleep-deprived, in part due to overly early school start times and hormonal changes associated with puberty. As a result, teens can be irritable and sensitive to stressors. They also haven’t developed the self-control to manage their reactions.

And it’s important to note that half of all mental illness emerges by age 14 and 75% by age 24, making adolescence a highly sensitive period for the prevention and treatment of mental health problems.

Mental health problems in teens can sometimes take unexpected forms. Depression and anxiety can manifest as irritability and noncompliance, which parents may reasonably view as disrespect and laziness. Understanding what is beneath those behaviors is challenging. Teens are quite secretive, so they may not disclose the extent of their struggles.