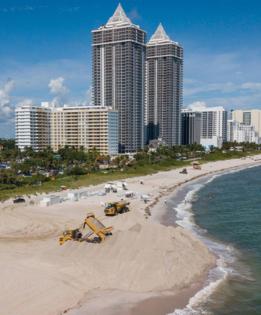 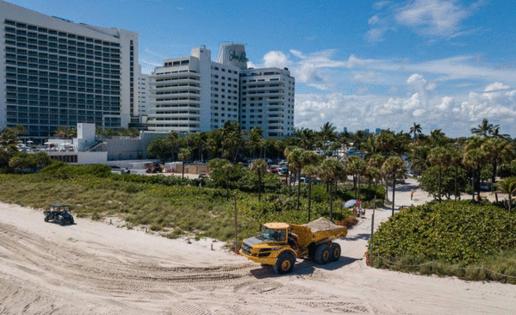 MIAMI — Florida’s sandy beaches aren’t just beautiful and one of the biggest money-makers in the state’s tourism-based economy. They’re also the first line of defense against storm surge flooding during hurricanes.

Now, after hits on both coasts during the 2022 hurricane season that ended Wednesday, those beaches are in desperate need of repair. Even before hurricane season began on June 1, 426 of Florida’s 825 miles of sandy beaches were listed as “critically eroded” in a June report from the state’s Department of Environmental Protection.

Then, hurricanes Ian and Nicole delivered a one-two punch of beach-shredding wind and waves. The damage to beaches was severe, particularly along the the northeast Florida coast.

“Our dune system is a coastal protection system,” said Jonathan Lord, the emergency management director for Flagler County in northeast Florida. “Because the dunes were so damaged from Ian, it didn’t take much for Nicole to further damage them and cause flooding in many neighborhoods.”

For decades, Florida has been restoring its beaches by dredging or trucking in more sand. But the practice is becoming more challenging — and expensive, thanks to the rising cost of beach-quality sand. Offshore sand deposits, especially on Florida’s southeast coast, are dwindling after decades of repeated beach restoration projects. As local governments squabble over the right to use the remaining sand, its price is rising.

“Sand is like gold,” said Michelle Hamor, the planning chief for the U.S. Army Corps of Engineers’ office in Norfolk, Virginia, which is leading the effort to develop a $6 billion plan to protect Miami-Dade County from storm surge. “There are a lot of projects that rely on it, and it’s a limited resource.”

And looming sea level rise, which quickens the pace of beach erosion on developed coastlines, will only make Florida’s future efforts to protect its beaches more complicated and costly.

The scarcity of sand

There’s plenty of sand sitting in relatively shallow water on the continental shelf that rings Florida. But not all of it is good enough for the state’s beaches. Sand that has the wrong color or grain type can harm plants and animals, like the sea turtles that build their nests along the Florida coast.

There are economic considerations, too: Florida spends billions of dollars a year advertising its pristine, white-sand beaches to tourists. Loading the shoreline up with inferior quality sand could make the state a less attractive vacation destination.