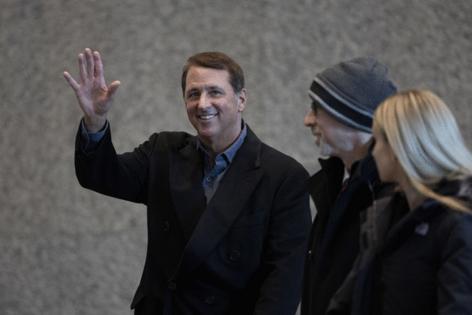 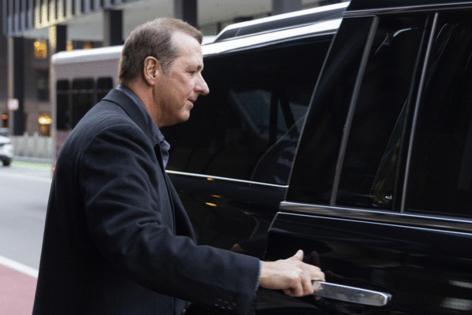 CHICAGO — TV pitchman Kevin Trudeau was warned years ago by a federal judge that a 10-year prison sentence for contempt wasn’t going to magically erase the whopping $37.6 million civil penalty he still owes for lying about his controversial weight-loss book.

“He told me he was broke when he had hundreds of millions of dollars going through his hands,” U.S. District Judge Robert Gettleman said back in 2015. “When he gets out, we’re going to be going right back into this.”

Now, months after Trudeau was released from federal prison, he could soon find himself back behind bars after Federal Trade Commission attorneys told Gettleman they believe the self-described infomercial king turned convicted fraudster is still hiding potentially millions of dollars in assets overseas.

In a letter to the judge on Monday, the FTC said Trudeau had not responded to a request for a detailed accounting of his assets, including any cash, gold bars, jewelry, vehicles and safe deposit boxes, as well as an inventory of a storage facility recently visited by his ex-wife in Switzerland, court records show.

After nearly 20 years of thumb-nosing from Trudeau, the government doesn’t seem to be holding its breath that he’ll suddenly come clean.

“Coercive incarceration is the only way to force Trudeau to comply with the court’s orders to redress all the consumers his contumacious conduct injured,” FTC attorney Jonathan Cohen wrote.

At a hearing Wednesday, Cohen revealed newly discovered emails that he said show Trudeau was seeking to ship and store 300 pounds of gold bars and other precious metals in Switzerland in 2013, the same time he was crying poor to the court.

The FTC has also learned that around the same time, Trudeau hired two law firms in Switzerland to research what impact pending lawsuits in the U.S. would have in Switzerland as well as the logistics of legally changing your name in that country, Cohen said.

Trudeau’s attorney, Giel Stein, accused the FTC of jumping the gun, saying Trudeau “is acutely aware of the consequences here” and only wants to know how much he still owes so he can figure out how to begin repaying it.

Stein also said it made no sense to put Trudeau in jail before he’s given the chance to answer questions under oath about his assets at a deposition, which is scheduled for Dec. 9.