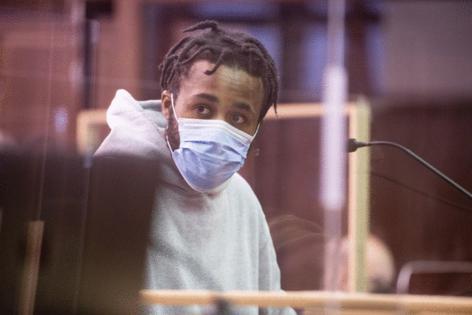 NEW YORK — The unlicensed driver who fatally mowed down “Gone Girl” actress Lisa Banes with his moped on a Manhattan street was sentenced to one to three years in prison Wednesday — infuriating her loved ones after he tried to dodge accountability one last time.

The sentence handed down to Brian Boyd by state Supreme Court Judge Gregory Carro came over objections from prosecutors. They said the 27-year-old’s lies to probation officials, after he pleaded guilty to manslaughter and leaving the scene in September, negated his plea deal.

Boyd hit Banes, 65, while she was in the crosswalk after he blew a red light at West 64th Street and Amsterdam Avenue on June 4, 2021. Surveillance video shows him fall off his unregistered electric scooter, dust himself off, take a few steps to look at the actress on the ground covered in blood, and take off.

He left to get his bike fixed in Harlem, where he was captured on video popping open a beer with his teeth.

“When he left Lisa Banes in the roadway, other vehicles were starting to ride around her body,” said Assistant District Attorney Erin LaFarge, who questioned whether Boyd had seen the footage.

“We agree he has not learned anything from this experience, and that is a terrifying thought.”

When Boyd met with probation officials in October, as part of his deal, he claimed the light was yellow when he struck Banes, that he’d tried to help her, and that she was wearing headphones and looking at her phone, Carro said. None of it was true. The judge declined to impose a steeper sentence.

In her victim impact statement, Banes’ wife Kathryn Kranhold told the judge that Boyd’s actions showed he cared more about his broken bike than her dying spouse.

Banes was on her way to meet Kranhold and friends when Boyd struck her. She died at Mount Sinai-Morningside Hospital 10 days later. He was arrested more than a month later.

Kranhold flew in from Los Angeles, where she and Banes moved in 2011, to attend all of the court hearings. She said her wife’s death had left a “gaping hole” in her life and the lives of everyone who “deeply and profoundly” loved her.