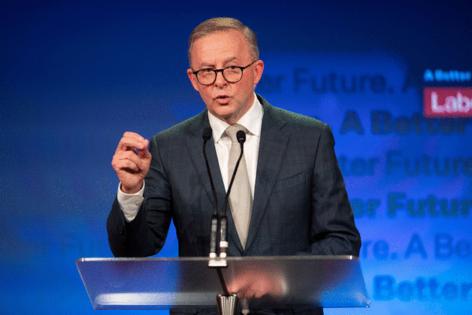 One of the biggest advocates of Australia’s COVID-19 lockdowns is set to be reelected in the state of Victoria on Saturday, a vindication for the center-left Labor Party after a term dominated by controversy over its handling of the pandemic.

As of 9 p.m. Saturday local time, Premier Daniel Andrews’s party was projected to win more than 45 seats in the parliament of Australia’s second-largest state, according to the Australian Broadcasting Corporation, giving him a governing majority for the next four years.

The win will be a relief for Australian Prime Minister Anthony Albanese, also from the Labor Party, for whom Andrews was an ally and an asset ahead of his own victory at a national vote held in May.

Andrews has been the leader of Victoria, home to the city of Melbourne, since 2014 and enforced one of the longest lockdowns anywhere in the world during the COVID-19 pandemic. More than 5 million people spent at least a cumulative 260 days forbidden from leaving their homes except for essential activities in 2020 and 2021 as the Andrews government attempted to bring COVID-19 infections down to zero.

The lockdowns were hugely controversial in Victoria and across the rest of Australia, with some fiercely supportive of Andrews’ policies and others labeling it heavy-handed government overreach. The large contribution of Victoria’s economy to Australia’s growth also meant that the state’s COVID-19 strategy damaged the country’s overall expansion.

Despite violent protests and calls for Andrews to step down following the lockdowns, broad support for his government took the Victorian premier to his third election win on Saturday night. The campaign itself focused primarily on local issues including funding for health services, transport infrastructure and political integrity.