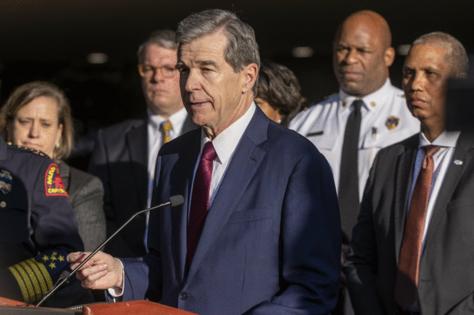 For the first two years of the North Carolina Democrat’s first term, Republicans had a veto-proof supermajority in the state legislature, and managed to override all but five of Cooper’s 28 vetoes.

Then Democrats knocked Republicans down to simple majorities in the 2018 elections, ensuring that the majority party needed help from some Democrats to override vetoes. That has never happened, and all of Cooper’s vetoes since 2019 have been upheld.

But the 2022 elections gave Republicans a supermajority in the Senate and left them one seat short of a supermajority in the House. Republican leaders have indicated they will bring back vetoed bills — or at least newer versions of them — in the next session. That includes the anti-Critical Race Theory bill from 2021, which was one of the 16 bills Cooper vetoed last year.

In 2022, he added six more bills to the veto count for the 2021-2022 legislative session, bringing the total to 22 over the past two years and 47 in all since Democrats broke the supermajority.

In 2022, here’s what Cooper stopped with his stamp:

The bill would have moved the May 17 primary back three weeks, into June, to give more time because of redistricting. Cooper vetoed it on Jan. 28. Candidate filing began in February.

Cooper called the bill an “attempt by Republican legislators to control the election timeline and undermine the voting process. The constitutionality of congressional and legislative districts is now in the hands of the North Carolina Supreme Court and the Court should have the opportunity to decide how much time is needed to ensure that our elections are constitutional.”