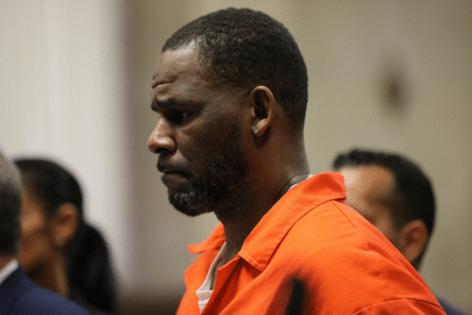 Thursday’s hearing was four minutes. Kelly, who is in federal custody awaiting sentencing, was not present. Attorneys got admonishments from Associate Judge Lawrence Flood that they should “start looking toward a resolution of these matters or trial.”

Assistant State’s Attorney Tene McCoy Cummings said in court that prosecutors were in the process of ordering and reading transcripts from Kelly’s Chicago federal trial, which concluded in mid-September. That review will help them file the appropriate motions in the county cases, she said.

Flood said he would continue to have attorneys return to court each month for hearings, and if any substantive matters are scheduled, he will require Kelly’s appearance in court for them.

Greenberg months ago filed a formal request to throw out one of the County cases. That motion has yet to be argued. He said in court Thursday he intends to file a similar request on one of the other cases. Kelly’s next court date was set for mid-November.

Kelly was convicted in Chicago federal court last month on charges including child pornography related to his years of sexual abuse of his underage goddaughter and other girls. He was acquitted, however, of the explosive allegations that he rigged his initial Cook County trial in the 2000s. Sentencing in that case is scheduled for February.

Kelly already was sentenced to 30 years in a separate case, after a jury in New York found him guilty of racketeering conspiracy charges alleging his musical career doubled as a criminal enterprise aimed at satisfying his predatory sexual desires.

But the Cook County charges were filed before either federal case. In four separate indictments, county prosecutors allege Kelly sexually abused or assaulted four people, three of whom were underage girls at the time.

The federal charges soon overshadowed the county cases, which were largely put on hold.