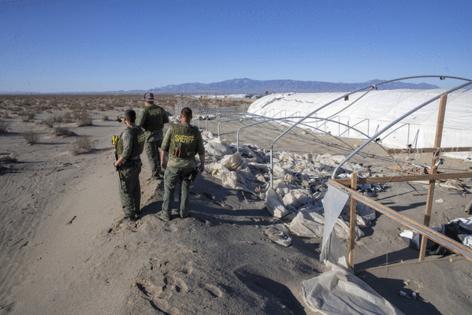 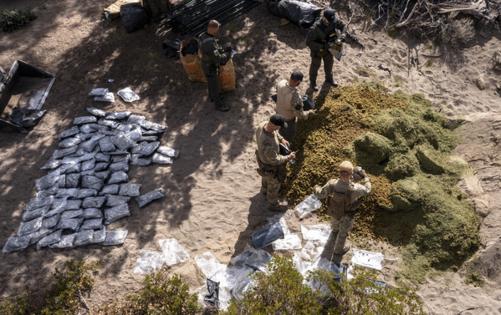 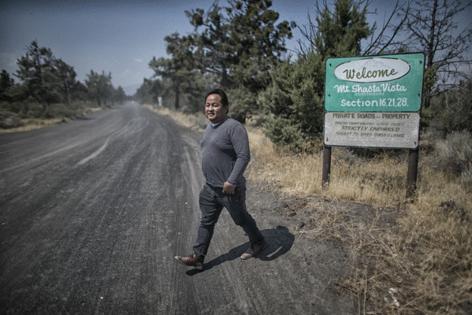 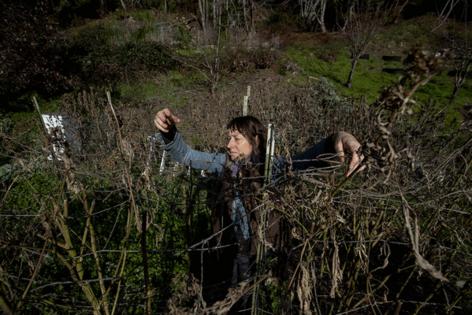 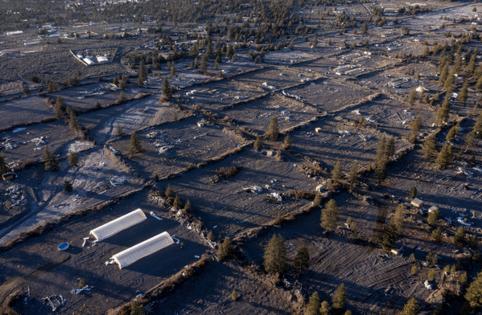 At this hour and distance, serene hues cloak the rugged enclave of Mount Shasta Vista, a tense collective of seasonal camps guarded by guns and dogs where the daily runs of water trucks are interrupted by police raids, armed robberies and, sometimes, death. So many hoop houses pack this valley near the Oregon border that last year it had the capacity to supply half of California’s entire legal cannabis market.

Proposition 64, California’s 2016 landmark cannabis initiative, sold voters on the promise a legal market would cripple the drug’s outlaw trade, with its associated violence and environmental wreckage.

Instead, a Los Angeles Times investigation finds, the law triggered a surge in illegal cannabis on a scale California has never before witnessed.

Rogue cultivation centers like Mount Shasta Vista now engulf rural communities scattered across the state, as far afield as the Mojave Desert, the steep mountains on the North Coast, and the high desert and timberlands of the Sierra Nevada.

Residents in these places describe living in fear next to heavily armed camps. Criminal enterprises operate with near impunity, leasing private land and rapidly building out complexes of as many as 100 greenhouses. Police are overwhelmed, able to raid only a fraction of the farms, and even those are often back in business in days.

The raids rip out plants and snare low-wage laborers while those responsible, some operating with money from overseas, remain untouched by the law, hidden behind straw buyers and fake names on leases.

Labor exploitation is common, and conditions are sometimes lethal. The Times documented more than a dozen deaths of growers and workers poisoned by carbon monoxide.

The scale of the crisis is immense. A Times analysis of satellite imagery covering thousands of square miles of the state showed dramatic expansion in cannabis cultivation where land is cheap and law enforcement spread thin, regardless of whether those communities permitted commercial cultivation.