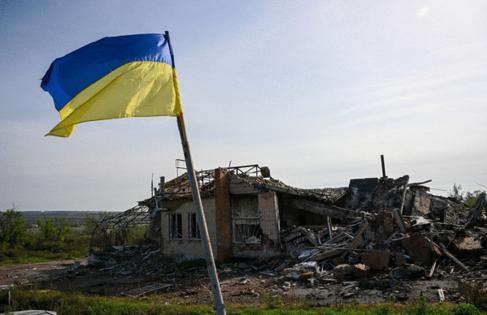 A new operational defeat for Russia’s forces — this time in a strategic eastern Ukrainian town — casts further doubt on the “forever” annexation of four occupied regions by President Vladimir Putin.

Outnumbered and increasingly encircled by Kyiv’s forces, several thousand Russian troops withdrew from Lyman in Donetsk province over the weekend.

Control of Ukraine’s Donbas region, made up of the Donetsk and Luhansk provinces, was a stated goal of Putin’s “special military operation” when Russian forces invaded in February. Kremlin troops pushed westward through the Donbas in the summer, gaining territory through extended ground battles.

Following sham referendums a week ago that were denounced by Ukraine, the U.S. and Europe, Putin on Friday formally “annexed” the two eastern regions, along with Zaporizhzhia and Kherson in Ukraine’s south. Yet Moscow’s forces don’t fully control of any of the areas, and are being pushed out of some towns they’ve held for months.

Zelenskyy vowed to press forward with efforts to recapture territory. “During this week, there were more Ukrainian flags in Donbas. It will be even more in a week,” he said in an address to the nation on Saturday night.

Regional officials have suggested that after Lyman, Kyiv’s army will push toward Kreminna, about 20 miles to the east.

“It is important to capture the area that opens up the way to liberate Donbas settlements — Svatove, Kreminna, Sievierodonetsk and others,” Serhiy Cherevaty, a spokesman for Ukraine’s armed forces, said on Saturday.

Russia’s previous defeat — its troops retreated from a chunk of Kharkiv province in September — was thought to be the motivation for Putin’s partial mobilization of 300,000 reservists. Moscow’s forces have also suffered heavy casualties in the seven-month war, although exactly how many is unclear.

Since the call-up, hundreds of thousands of draft-age Russian men are believed to have left for Kazakhstan, Georgia and other locations. Videos have surfaced of mayhem among those who’ve been conscripted.