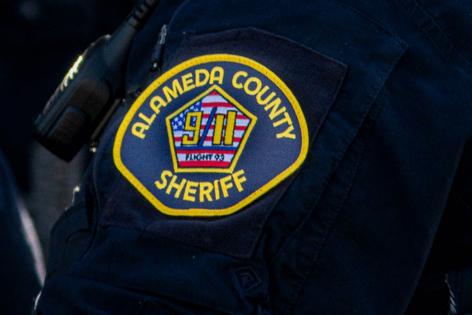 The Alameda County Sheriff's Office has stripped 47 deputies of their firearms and peace officer duties after an internal audit revealed they were never qualified to be hired because they had failed their psychological evaluations, authorities said.

In a letter sent to nearly four dozen deputies obtained by the Los Angeles Times, the department details that it initiated an internal audit of background checks and psychological exams for those hired since January 2016.

"As a result of this audit, it was learned that the result of your psychological examination was listed by the psychologist who performed your evaluation as 'D. Not Suited,'" the letter reads. "A great deal of research, and current advice from both POST (Police Officer Standards and Training) and County Counsel has confirmed that any candidate who is evaluated as 'D. Not Suited' cannot serve as a peace officer in the state of California."

The Sheriff's Office said it had been operating "under information provided a number of years ago" by the California Commission on Police Officer Standards and Training, or POST, that candidates who receive a "D. Not Suited" evaluation could still be hired, but officials said they since have learned otherwise.

"We got faulty advice," said Lt. Ray Kelly, a spokesperson for the Sheriff's Office. "We got that information from a commissioned POST rep, who told us that we could hire D scores and that they would be suitable, based on the totality of the background (check)."

Kelly said deputies required to re-test would now need a C- grade to pass their evaluations and be returned to duty.

Kelly said a team of POST officials arrived at the department's backgrounds unit office Tuesday to review files and discuss the results of the audit with Alameda County sheriff's officials.

The majority of deputies notified of the audit were hired between 2019 and 2022, Kelly said, as departments in the Bay Area struggled to recruit new law enforcement officers.

The audit comes less than a month after the arrest of Alameda County Sheriff's Deputy Devin Williams Jr., who is in custody on suspicion of murder in the "execution-style" slayings of a couple. Kelly said during a Sept. 7 news conference that Williams, 24, had passed all of his psychological evaluations and background checks and had an "immaculate" record with the department, according to KTVU.

In a statement, Jose Bernal, a spokesperson for the Ella Baker Center for Human Rights in Oakland, called the situation at the Alameda County Sheriff's Office "disturbing."

"This further highlights the egregious levels of dysfunction and corruption that have plagued the Sheriff's Office for years. When the Ella Baker Center, our partners and thousands across Alameda County called for an audit of ACSO back in 2018, we already knew the harm that had been caused by Sheriff (Gregory) Ahern and his office," Bernal said.

Ahern told deputies in the letter that the Sheriff's Office intends to "resolve this issue as quickly as possible" and have deputies "return to your full duty status once you obtain a 'suitable' finding." The deputies are currently still with the department, receiving pay and benefits, according to the letter.