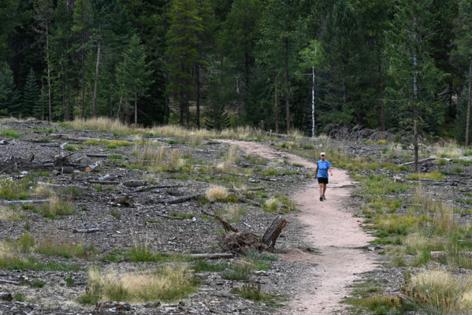 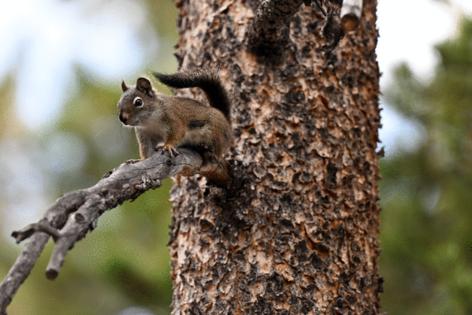 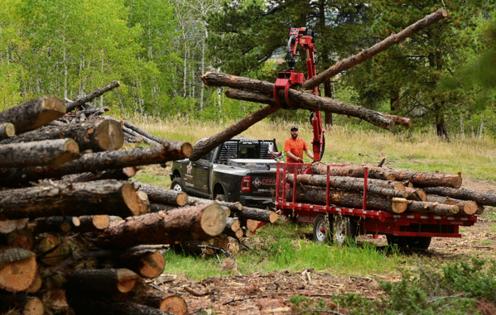 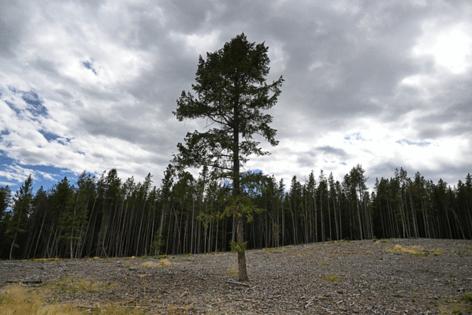 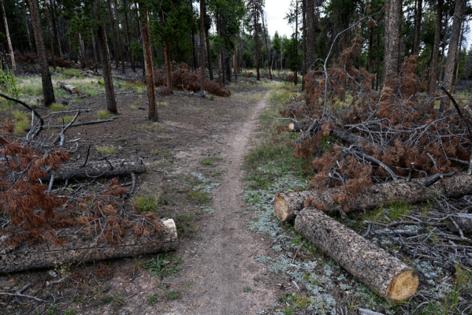 DENVER — Lodgepole pines grow thick in mountain foothill forests west of Denver. Government-backed loggers cut down thousands. This left a hole across several acres of the popular Flying J Ranch Park that, close up, looks to visitors more like mowing than thinning.

“It is devastating, really sad,” said Sandra Griffith, 49, a Conifer resident who runs on park trails and, after the cutting, noticed a surge of chipmunks at her nearby home.

“Please don’t remove this forest. Take a longer view. If you remove trees, global warming will increase. What damage is the government doing to the planet by mowing down all these trees?”

But forest tree cutting is gaining momentum in Colorado and the West — a federal push boosted by more than $5 billion from Congress to protect populated areas from worsening wildfires as the climate warms.

U.S. Forest Service documents describe an unprecedented 10-year project to prevent wildfire catastrophes by “treating” — defined as prescribed burns or thinning — up to 50 million acres, mostly public forests in the West (65% of the forest in Colorado is federally-managed). Federal planners have prioritized forests around urban areas including Colorado’s Front Range from Fort Collins southward to Pueblo, designating this 3.5 million-acre area as one of the West’s most imperiled “high-risk fire-sheds.”

In that Colorado area, roughly 100,000 acres of forest will be thinned or burned (prescribed fires now face a more rigorous approval process after one blew out of control in New Mexico) before 2027 and more than 200,000 acres will be treated by 2032, regional leaders of the Forest Service told the Denver Post. The agency’s documents refer to a total tree-removal “footprint” of 60,000 acres in five years and up to 117,500 acres before 2032. Congress approved billions for the tree-cutting in this year’s “infrastructure” and “inflation reduction” bills as critical climate adaptation.

The argument comes down to ecological nuance and costs, which range from $500 to $7,000 an acre. It can be more feasible for loggers to cut broadly across an acre or more, rather than thinning that sometimes requires hiking on steep and hard-to-reach terrain, lugging chainsaws to remove trees selectively and optimizing spacing and species diversity.

“We can’t afford to do that,” said Jacqueline Buchanan, deputy regional director of the Forest Service at the headquarters in Denver. “That would cost more like $300 billion, not $3 billion.”

If forests aren’t treated, “the impacts could be greater,” Buchanan said. “That’s what is poised to happen.”