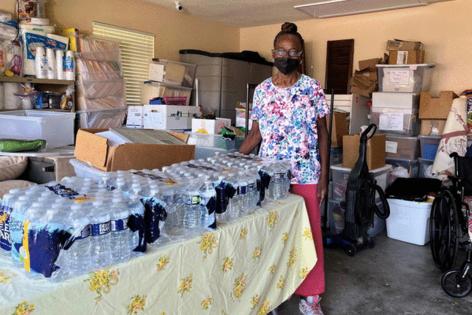 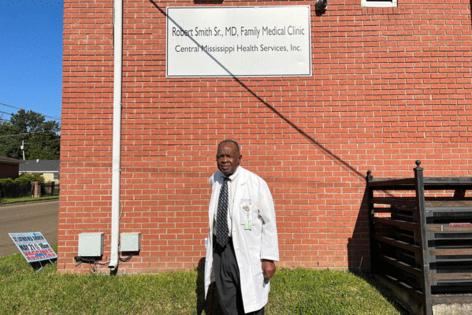 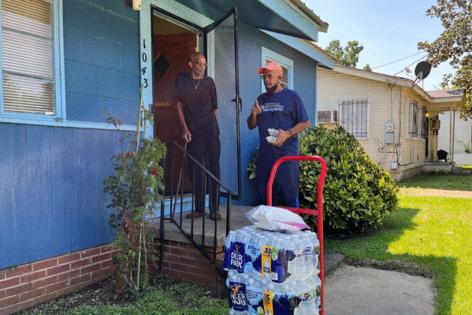 JACKSON, Miss. — In mid-September, Howard Sanders bumped down pothole-ridden streets in a white Cadillac weighed down with water bottles on his way to a home in Ward 3, a neglected neighborhood that he called “a war zone.”

Sanders, director of marketing and outreach for Central Mississippi Health Services, was then greeted at the door by Johnnie Jones. Since Jones’ hip surgery about a month ago, the 74-year-old had used a walker to get around and hadn’t been able to get to any of the city’s water distribution sites.

Jackson’s routine water woes became so dire in late August that President Joe Biden declared a state of emergency: Flooding and water treatment facility problems had shut down the majority-Black city’s water supply. Although water pressure returned and a boil-water advisory was lifted in mid-September, the problems aren’t over.

Bottled water is still a way of life. The city’s roughly 150,000 residents must stay alert — making sure they don’t rinse their toothbrushes with tap water, keeping their mouths closed while they shower, rethinking cooking plans, or budgeting for gas so they can drive around looking for water. Many residents purchase bottled water on top of paying water bills, meaning less money for everything else. For Jackson’s poorest and oldest residents, who can’t leave their homes or lift water cases, avoiding dubious water becomes just that much harder.

Jackson’s water woes are a manifestation of a deeper health crisis in Mississippi, whose residents have pervasive chronic diseases. It is the state with the lowest life expectancy and the highest rate of infant mortality.

“The water is a window into that neglect that many people have experienced for much of their lives,” said Richard Mizelle Jr., a historian of medicine at the University of Houston. “Using bottled water for the rest of your life is not sustainable.”

But in Jackson an alternative doesn’t exist, said Dr. Robert Smith. He founded Central Mississippi Health Services in 1963 as an outgrowth of his work on civil rights, and the organization now operates four free clinics in the Jackson area. He often sees patients with multiple health conditions such as diabetes, hypertension or heart problems. And unsafe water could lead to death for people who do their dialysis at home, immunocompromised individuals or babies who drink formula, Smith said.

Residents filed a lawsuit this month against the city and private engineering firms responsible for the city’s water system, claiming they had experienced a host of health problems — dehydration, malnutrition, lead poisoning, E. coli exposure, hair loss, skin rashes and digestive issues — as a result of contaminated water. The lawsuit alleges that Jackson’s water has elevated lead levels, a finding confirmed by the Mississippi State Department of Health.

While Jackson’s current water situation is extreme, many communities of color, low-income communities and those with a large share of non-native English speakers also have unsafe water, said Erik Olson, senior strategic director for health and food at the Natural Resources Defense Council. These communities are more frequently subjected to Safe Drinking Water Act violations, according to a study by the nonprofit advocacy group. And it takes longer for those communities to come back into compliance with the law, Olson said.