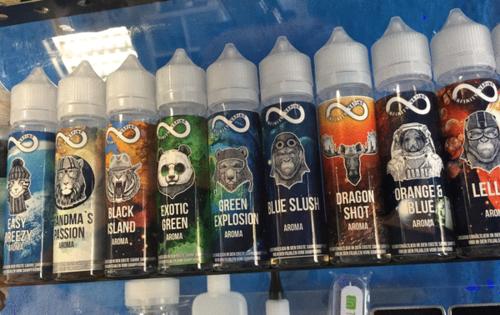 California voters will decide in November whether to uphold or block a law Gov. Gavin Newsom signed in 2020 that banned the sale of certain flavored tobacco products, an effort by anti-tobacco advocates to stop a youth vaping crisis and weaken the industry's influence in the state.

Senate Bill 793 would have prohibited retailers in California from selling flavored tobacco products, popular among teens, with exceptions made for hookah, some cigars and loose-leaf tobacco. The bill passed the Legislature with bipartisan support, despite intense lobbying by the tobacco industry and other interest groups.

After it was signed, opponents gathered enough signatures from Californians to put the issue on the statewide ballot, which delayed the law's implementation until voters could weigh in on the new policy. It will appear on the Nov. 8 ballot as Proposition 31.

Proponents of the ballot measure said the new rules would help prevent tobacco use among younger people, who often gravitate toward e-cigarettes that contain what the federal Centers for Disease Control and Prevention calls "kid-friendly" flavors such as cotton candy, berry and cherry.

The opposition said the ban would incentivize a black market and remove products that smokers use as a way to quit standard cigarette smoking.

Lindsey Freitas, advocacy director for the Campaign for Tobacco Free Kids, said passing Proposition 31 is critical to stopping the sale of products she describes as the industry's way "to hook a new generation."

"These youth are drawn in by the flavors but hooked by the nicotine," Freitas said.

A CDC youth survey in 2020 found that 20% of high school and 10% of middle school students reported current e-cigarette use.

"This policy is really about protecting our kids from an industry that sees them as dollar signs and nothing more. If not us stepping up and standing in the way, they will spend millions and millions of dollars to go after them," Freitas said.