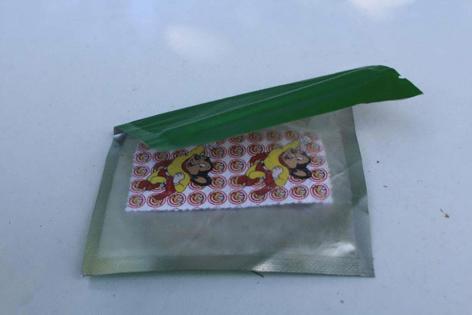 MIAMI — The gurus of the psychedelic era of American pop culture extolled the experience of the “acid trip.” But the U.S. government and much of the public remained leery of LSD, with President Richard Nixon declaring it and assorted other drugs “public enemy No. 1.”

Now, half a century after Nixon launched the War on Drugs, a Miami-area private research clinic has kicked off a federally approved clinical trial to test LSD as a possible treatment for generalized anxiety disorder.

The milestone trial — billed by the drug developer as the largest study of LSD for potential commercial use ever conducted in the United States — reflects a growing body of research that suggests those hippies were maybe on to something: That the mind-altering power of LSD, mushrooms and a host of other hallucinogens — if administered in controlled amounts under medical supervision — might have some beneficial properties, particularly in treating psychological problems.

The inaugural dose of the latest trial was administered to a patient on Aug. 24 by Segal Trials, at its Center for Psychedelic and Cannabis Research in Miami Lakes.

The proprietary “pharmaceutically optimized“ form of LSD is named MM-120 and owned by MindMed, a small psychedelic biotechnology company based in New York. MindMed’s study could be a significant step in the long process of potentially bringing a new treatment for generalized anxiety disorder to the market. The study spans 20 clinics nationwide, including Segal Trials.

“There are more patients here who have anxiety and don’t have enough access to treatment, or the treatment is not meeting their goals,” he said. “We as a geography are uniquely positioned for that in Miami. We have a breadth of diverse patient populations.”

The study, kicking off a second phase, is designed to monitor both the drug’s effects and to find the most effective dosage. Patients will receive one of four different dose strengths while others will get a placebo. Segal Trials will likely contribute 10 to 20 patients out of the 200 MindMed is testing in this second phase.

Patients who receive doses will be monitored in a room designed to feel more like home than a sterilized clinic. The first patient in Miami Lakes, Kakar said, reclined on a couch while under the influence of the drug — headset, eye mask and blanket provided. Two guides with experience overseeing psychedelic-assisted psychotherapy monitored the patient for the entire duration of its psychoactive effects, which Kakar estimated to be about 12 hours.

Psychedelics — like LSD or “acid”, Psilocybin or “magic mushrooms,” among others — are not new, not in a recreational nor a therapeutic context. The psychoactive drugs were widely studied and administered to curb alcohol addiction, post-traumatic stress disorder, anxiety and depression in the United States until they became criminalized in 1968. Now, after steadily increasing community demand, they’re reentering psychiatric research in a big way.