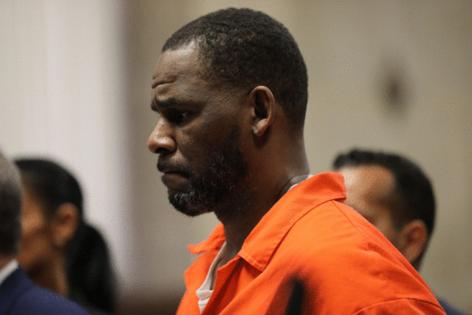 The woman, now 37 and testifying under the pseudonym “Jane,” is expected to testify at the singer’s federal trial in Chicago that she was in fact the girl depicted on video footage being sexually abused by Kelly.

Jane and her parents had denied for years that Kelly ever had an inappropriate relationship with her. Jane was not called to testify at Kelly’s 2008 Cook County trial for child pornography, even though county prosecutors alleged she was the girl on the tape.

Federal prosecutors allege Kelly and his associates paid off Jane and her family and covered up other videotapes in order to rig his Cook County trial. He was acquitted on those charges in 2008.

Prosecutors earlier called to the witness stand a man who in 2001 purchased a big house in Lakeview: a converted church with a swimming pool and basketball court and a barbershop. The previous owner was, he came to find out, R. Kelly.

Kelly allegedly filmed at least one of the videos at issue in his federal indictment at that home, and in 2002, police evidence technicians came through to take photos, including pictures of the wood-paneled room depicted on the tape.

After Matthew Hulsizer moved in, he found out that a smoke detector in at least one of the bedrooms was not in fact a smoke detector at all — it concealed a small hidden video camera. And in order to leave the bedroom, you had to press a button, he said, a feature he removed since he thought it was a safety hazard.

A basketball court in the George Street home was an homage to Kelly’s success with a large cartoon mural painted on one wall depicting the Looney Tunes characters from the movie “Space Jam,” which had featured Kelly’s Grammy-winning song.

The cartoon included a likeness of Kelly on the court in red uniform and sunglasses, according to photos presented by the government, playing with the Tasmanian Devil. The cartoon scoreboard showed he was winning by two points with one second left on the clock. Some in the crowd of cartoon characters, which included Tweety Bird and Marvin the Martian, were holding up signs.

The “Colorado Room” looked like the interior of a log cabin with faux wood walls and an ascent wall that appeared to be fake stone. A large hot tub dominated the room, also ensconced in fake wood paneling.