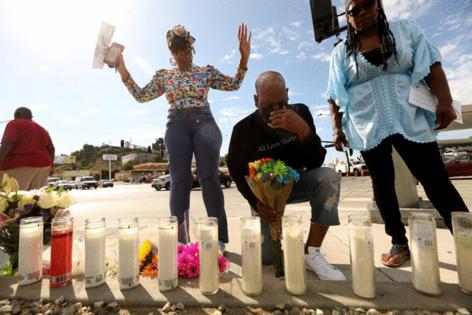 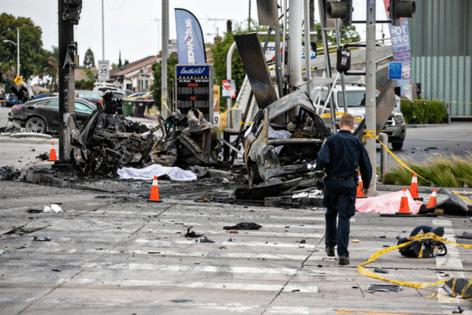 Six bodies were found by the coroner at the Aug. 4 crash site in the Windsor Hills neighborhood of L.A. County. Six murder charges were filed against the driver of the Mercedes-Benz that barreled through the intersection of La Brea and Slauson avenues. The fiery collision was so violent, L.A. County Coroner spokeswoman Sarah Ardalani said, that it tore Armani from his mother’s womb.

Yet California law remains split over how to count the crash victims and what defines justice for pregnant women whose babies die before birth.

“Under state law, the unlawful killing of a fetus can be charged as a murder,” a spokesperson for the Los Angeles district attorney explained. “There is no similar provision for vehicular manslaughter.”

That’s why the driver, Nicole Lorraine Linton, 37, was charged with five counts of that crime. The registered nurse, who had been working at Kaiser Permanente’s West Los Angeles Medical Center, was speeding at more than 90 miles per hour when she careened through a red light at Slauson and slammed into multiple cars.

The crash killed pregnant 23-year-old Asherey Ryan and the boy posthumously named Armani, who was barely a month from his due date. It also claimed Ryan’s 11-month-old son, Alonzo Quintero; her boyfriend, Reynold Lester; and best friends Nathesia Lewis, 43, and Lynette Noble, 38.

Linton is being held without bail at the Century Regional Detention Center.

But where did the distinction between charges — six murder, five manslaughter — come from? And why would California, a self-proclaimed “reproductive freedom state,” want to enshrine fetal murder in its homicide statute?

The answer goes back to a 1970 law, written 2 1/2 years before Roe v. Wade was decided and decades ahead of the push for “fetal personhood” by anti-abortion legislators. It was conceived as a proxy to protect pregnant women, who even today are twice as likely to die by violence than from hemorrhage or preeclampsia.

“This was never about a backdoor to fetal personhood,” said Michele Goodwin, a law professor at the University of California, Irvine and an expert on reproductive justice. “These were feminists trying to protect women who were being battered.”