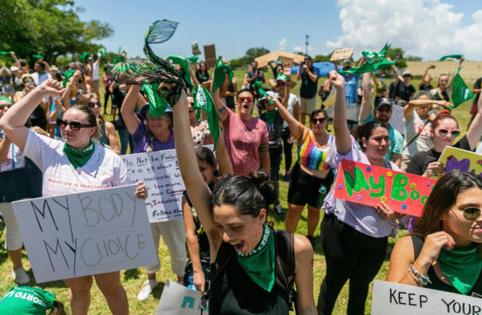 MIAMI — Jane Doe 22-B, a 16-year-old in the care of Florida child welfare authorities, told a Florida judge she was “not ready to have a baby,” and sought a court order granting her permission to terminate a 10-week pregnancy.

The judge ruled that Jane, as she’s identified in court papers, was not “sufficiently mature to decide whether to terminate her pregnancy.” An order from an appeals court potentially will require the teen to become a mother instead.

Jane is parentless. A ruling this week by the 1st District Court of Appeal in the Panhandle said she lives with a relative and is overseen by an appointed guardian.

About 10 weeks into her pregnancy, Jane sought a judge’s order approving an abortion under a state law restricting the rights of minors to the procedure. Jane’s guardian, who is not named, agreed with the teen’s decision, the order says. The order she sought is called a “judicial bypass.” Such orders generally involve minors who are reluctant to seek parental permission.

Escambia Circuit Judge Jennifer J. Frydrychowicz rejected Jane’s request. The order offers little detail regarding Frydrychowicz’s decision, except to say the judge believed Jane lacked the maturity — a requirement under the statute — to choose an abortion.

Jane’s plight comes amid seismic changes nationwide in the battle over women’s rights to abortion — or even contraception.

In June, the U.S. Supreme Court reversed the landmark Roe v. Wade decision by a 6-3 vote. The court’s ruling set the stage for a flurry of legislative activity across the United States, as lawmakers in mostly Republican-controlled states began chipping away — and in some cases eliminating — abortion rights.

One Supreme Court justice, Clarence Thomas, suggested the court should consider allowing states to restrict other rights that rested upon the same privacy foundation as the Roe decision, including the right to same-sex marriage.

The order by a three-judge panel of the 1st District Court of Appeal in Pensacola was signed by judges Harvey L. Jay III, Rachel E. Nordby and Scott Makar.

The Department of Children & Families, in whose care Jane apparently remains until her 18th birthday, did not respond to a request for comment by the Miami Herald.