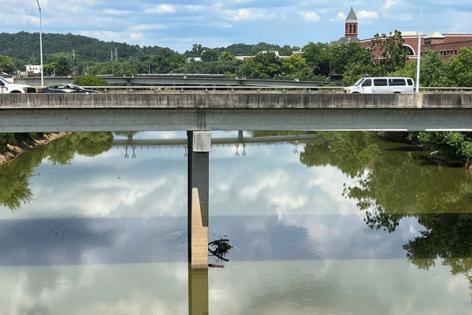 Local officials contend that years of contamination miles upstream sent toxic perfluoroalkyl and polyfluoroalkyl substances, known as PFAS, into Rome’s water supply, rendering it potentially dangerous for the city’s roughly 37,000 residents. A water source switch from the Oostanaula and added treatment have reduced the traces of the chemicals running through residents’ taps, but they have not eliminated PFAS from the community’s water supply.

Test results that found contamination in Rome have echoed in communities across the country as researchers and regulators grapple with concerns over the implications of consuming the ubiquitous chemicals. Now, the Environmental Protection Agency is accelerating the debate. In June, the EPA issued new advisories on PFAS in drinking water that slash the level that regulators consider safe for four chemicals in the family, including two of the most common, PFOA and PFOS.

The EPA health advisories are not legally enforceable. But the agency this year is expected to propose new limits on PFAS in public water systems. If those drinking water regulations mirror the EPA’s latest advisories, water system operators nationwide will need to act to address the presence of those chemicals.

“It’s quite an important message,” said Dr. Philippe Grandjean, a PFAS expert and an adjunct environmental health professor at the Harvard T.H. Chan School of Public Health. “This stuff is everywhere.’’

The Environmental Working Group, a research and advocacy organization that tracks PFAS, said it has logged more than 2,800 sites in the U.S. that have PFAS contamination. Public records show the chemicals have turned up in water samples collected from home water wells, churches, schools, military bases, nursing homes, and municipal water supplies in small towns like Rome and big cities like Chicago.

They also are present in nearly every American’s blood, according to studies. And some PFAS compounds bioaccumulate — meaning that chemical concentrations are not easily cleared in the body and instead increase over time as people consume trace amounts each day.

In July, a report from the National Academies of Sciences, Engineering, and Medicine said PFAS testing should be offered to people who have likely been exposed to high levels through their jobs or those living in areas with known PFAS contamination. Grandjean, who helped review the report for the National Academies, said the committee concluded that “people have a right to know their exposure level and to be offered proper health care follow-up.” He said that doing so is “very important and, in my mind, necessary.”

Both the EPA advisories and the National Academies’ report follow steady grassroots efforts to curb PFAS chemicals, which have been used in consumer products for decades. Since their invention in the 1940s, the compounds — known by the moniker “forever chemicals” because they don’t break down quickly — have been widely applied to household and industrial products, including carpet, waterproof clothes, and nonstick cookware.

PFAS’ presence in firefighting foam, food packaging, and even dental floss poses an ongoing challenge. And efforts to reduce PFAS resemble the often-frustrating, decades-long campaign to eliminate another environmental hazard — lead — from homes, soil, and water.

The OPEC+ group of oil producers will consider cutting output by more than 1 million barrels a day, according to delegates, when it meets in person on Wednesday for the first time in more than two years.

CHICAGO — A man was killed in an exchange of gunfire with police officers in Chicago'sOld Town neighborhood Sunday morning, according to police.

Officers were investigating reports of an armed man in the 400 block of ...Read More