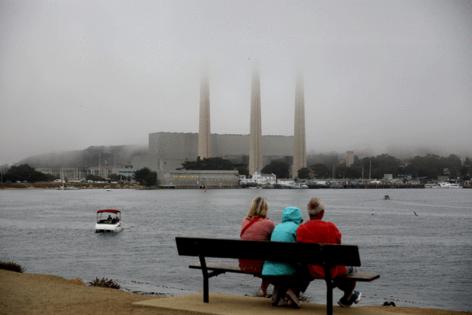 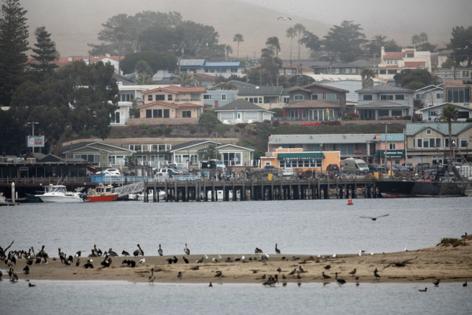 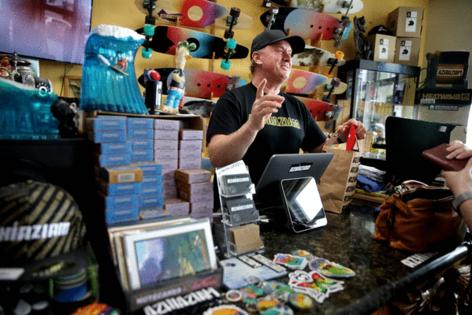 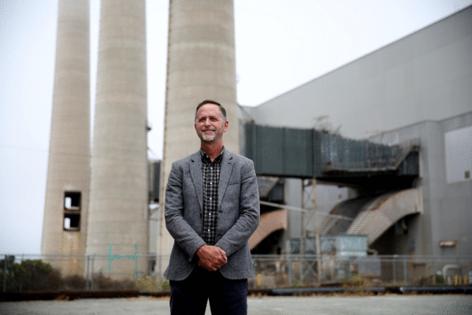 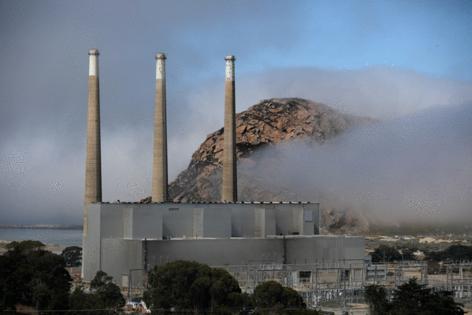 One is Morro Rock, the 23-million-year-old plug of an ancient volcano, rising 576 feet out of the sea. The other is a trident of 450-foot concrete smokestacks, built half a century ago for a seaside power plant.

Together, they give Morro Bay its nickname: Three Stacks and a Rock.

Outsiders may see the humble smokestacks as industrial blight. But here, they became a cherished symbol of the town's working-class ethos.

Fishermen used them as a lighthouse beacon to guide them home from sea. Local surfers paddled out knowing where the plant's outflow would warm up the waves. Shop owners sold T-shirts, coffee mugs and paintings bearing their image.

A brewery was named Three Stacks and A Rock. A bistro was dubbed STAX.

But times change. The planet warmed. The power plant became a relic in an era when California is moving toward renewable energy. It shut down eight years ago, and it's not coming back.

Soon, the smokestacks will come down. Many in the town are heartbroken.

"Everyone comes to Morro Bay to see Three Stacks and a Rock," said Bud Hurless, 30, as he unloaded a fishing boat on a recent morning.