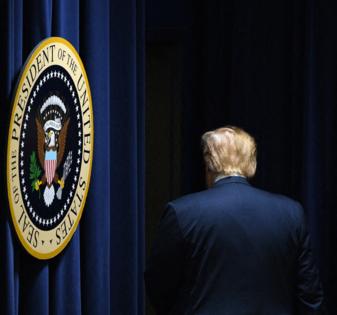 WASHINGTON — FBI agents removed 11 sets of classified documents — including some marked top secret and meant to be available only in special government facilities — from former President Donald Trump’s Mar-a-Lago estate in Florida on Monday.

The itemized list of items taken from the property, which was released Friday at the Department of Justice’s request along with the accompanying warrant, includes one set of documents marked as “Various classified/TS/SCI documents,” which is an abbreviation that refers to top-secret/sensitive compartmented information. In addition, agents recovered four sets of top secret documents, three sets of secret documents and three sets of confidential documents, according to the newly public information.

The list, released by U.S. Magistrate Judge Bruce Reinhart on Friday with the text of the warrant, does not include details on the subject matter of the documents.

According to the search warrant, the alleged crimes under investigation are violations of the Espionage Act, which outlaws the unauthorized retention of national security information that could harm the United States or aid a foreign adversary; a federal law that makes it a crime to destroy or conceal a document in order to obstruct a government investigation; and another statute associated with unlawful removal of government materials.

Punishment and fines upon conviction are assessed depending on the number of concealed or destroyed documents.

Attorney General Merrick Garland announced Thursday that the Department of Justice would seek to unseal the warrant and itemized receipt of what was removed from the property after Trump disclosed the search and his lawyers provided reporters with details about what the FBI was looking for. Reinhart gave the Justice Department until 3 p.m. Eastern time to confer with Trump’s lawyers and inform the court whether he planned to contest unsealing the documents. Trump said on his Truth Social network late Thursday that he supported unsealing the warrant.

Within the 20 boxes removed in Monday’s search were binders of photos, a handwritten note, an executive grant of clemency for conservative provocateur Roger Stone and information about the “President of France.”

The warrant allowed agents to search “the 45 Office,” and “storage rooms and all other rooms or areas within the premises used or available to be used by (the former president) and his staff and in which boxes or documents could be stored, including all structures or buildings on the estate.”

Agents were instructed in the warrant to take not only any information marked classified that they found, but also the containers or boxes — including any other contents — in which the materials were located and any other containers or boxes nearby. They were also instructed to look for communications in any form regarding the retrieval, storage or transmission of national defense information or classified material, as well as any evidence that presidential records or classified documents were knowingly altered, destroyed or concealed.

Under the Presidential Records Act of 1978, presidential records are supposed to be turned over to the National Archives when a president leaves office. The archives had already recovered more than 15 boxes of material that were improperly taken to Mar-a-Lago.