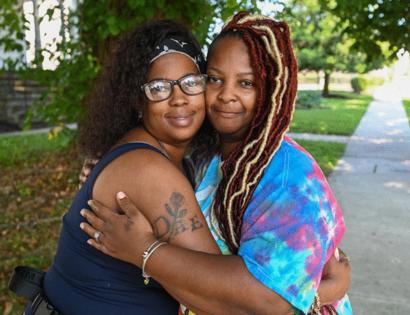 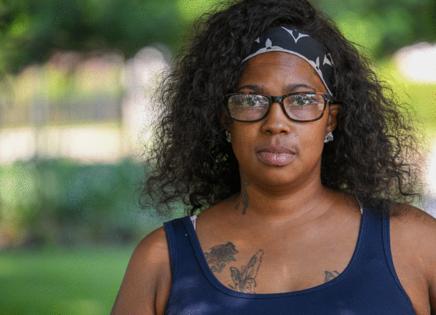 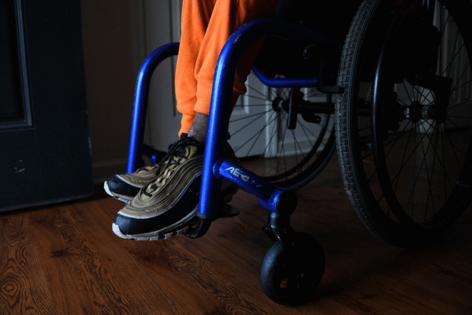 BALTIMORE — When Jay'den Franklin-Williams rolled her wheelchair up to the witness stand in Baltimore Circuit Court last month, she later said, she hadn’t decided what she would say about the young man she previously accused of shooting her and the woman she told police had yelled out “Shoot.”

More than two years had gone by since a dispute from school devolved into a nighttime brawl where Williams was shot in the back. The bullet damaged her spine and, at age 13, she was partially paralyzed: unable to use her legs, but able to use her arms and hands.

She considers the defendants in the case, Antwan Newton, 22, and Lasheena Stewart, 39, her “brother” and “mother,” she told The Baltimore Sun after the trial. Stewart was like the neighborhood mom in East Baltimore Midway; Newton was a boy she took in years ago. Williams grew up with Stewart’s children and Newton, playing and bickering like siblings.

Now, in the small downtown courtroom, their fate hinged on her word — all that connected the pair to the charges of conspiracy to commit murder, attempted murder, assault and firearms violations.

A long, wooden table separated them in court.

Williams said later that she made eye contact with both defendants. She told The Sun she was afraid, yet sympathetic for them: She began to think of all the people who rely on Stewart and Newton.

“I can’t take a mother away from a person. ... In my eyes, she’s still a mother. Her kids still need her. She still needs to help them grow up,” Williams told The Sun, recalling what flashed through her mind as she prepared to testify. “His brothers need him. ... I wouldn’t want to take a father figure away from them.”

During her testimony on July 12 and 13, Williams said she never saw Newton the night of her shooting and couldn’t remember identifying him as the shooter from a photo lineup police showed her while she was in the hospital, intubated and sedated. And even though she previously told police she heard Stewart tell Newton to “shoot,” she testified that a cousin had told her what was said.

In separate interviews with The Sun, Williams offered conflicting accounts about her recollection of the shooting. But her perspective provides a rare look at what a victim of gun violence was thinking as she recanted her earlier allegations to police against the pair. Williams’ spoke to a reporter at home with her mother’s permission and they agreed to the use of her name. Williams also said it was OK to take her photo, as long as it didn’t show her face.

The Baltimore State’s Attorney’s Office’s data dashboard shows witnesses recanted in about 3% of the cases it dropped or indefinitely postponed from 2019 through the beginning of July.