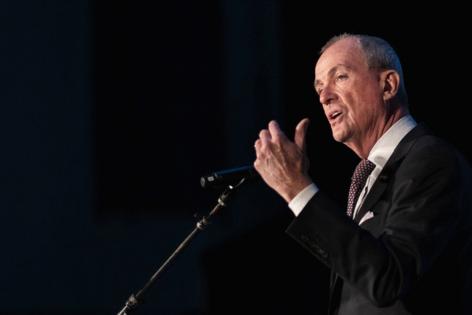 New Jersey Gov. Phil Murphy said Monday that he will sign a package of seven gun safety bills Tuesday that will, among other things, regulate ammunition sales, expand requirements for gun owners relocating to New Jersey and empower the state's attorney general to prosecute gun manufacturers and retailers.

Murphy made his announcement on Twitter hours after a gunman opened fire and killed at least six people and injured dozens more at a Fourth of July parade in Highland Park, Illinois, about 25 miles north of Chicago.

"Not even a parade on the Fourth of July celebrating our nation's independence is immune from our nation's gun violence epidemic," Murphy tweeted. "Tomorrow, I will sign seven sweeping commonsense gun safety bills into law. We cannot wait."

The new bills not only regulate ammunition sales and expand the power of the attorney general but also require dealers to sell microstamping-enabled firearms, prohibit the sale of some .50 caliber rifles, call for gun owners who move to New Jersey from other states to register firearms and be trained to obtain new purchaser identification cards that must be renewed every 10 years.

On June 24, following the U.S. Supreme Court ruling on gun restrictions, Murphy signed an executive order that directed state departments and agencies to examine how they can prevent gun violence in what he expects to be a surge of legal guns in public.

"This is horrifying," Pennsylvania Gov. Tom Wolf tweeted of the mass shooting in Illinois. "We should be able to have holiday parades without mass gun violence. We must do more as lawmakers to put an end to these shootings."

Philadelphia Mayor Jim Kenney wrote on Twitter that he was "heartbroken and outraged by the pervasive violence that continues to terrorize communities across our nation and here in Philadelphia. Lawmakers must do more to protect the American people from gun violence."