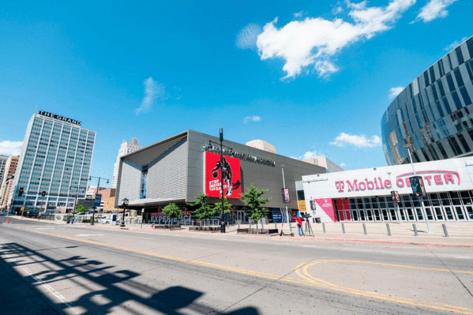 One of the shootings left four people wounded shortly after midnight at 13th Street and Grand Boulevard near the Power & Light District after a concert at the T-Mobile Center, according to Sgt. Jake Becchina, a Kansas City Police Department spokesman.

Two other people were killed in separate shootings hours later elsewhere in the city.

Police were first alerted to the shooting near the T-Mobile Center when officers investigating reports of nearby vehicle break-ins heard the gunshots and responded, Becchina said in an email.

The shootings occurred after a concert featuring rapper and singer Rod Wave. None of the injuries was life-threatening, police said. It was not clear what led to the shootings.

One person was detained by police at the scene.

No other details were immediately available Monday as police continued the investigation.

Another indident Monday was reported at 3:30 a.m. after officers responded to Research Medical Center at Prospect Avenue and Meyer Boulevard. Hospital staff told arriving officers that a man who had been shot was dropped at the emergency room.