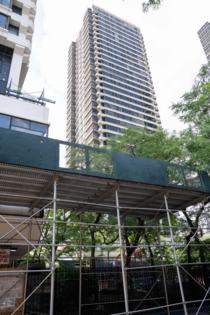 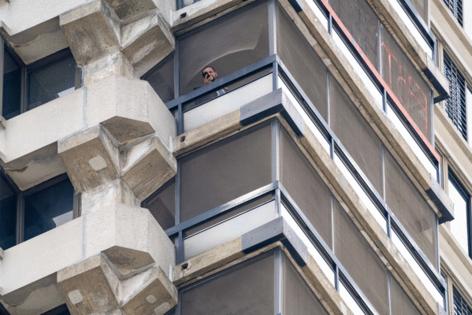 NEW YORK — A 3-year-old boy plummeted to his death from the 29th-floor balcony of a Manhattan high-rise on Saturday morning, police said.

The child fell from the Taino Towers complex in East Harlem around 11 a.m., landing on the third-floor scaffolding with a sickening thud before he was rushed to Harlem Hospital and pronounced dead, authorities said.

“We heard a big bang,” said Richard Linares, 36, who was at the heartbreaking scene on E. 122nd St. “My boy that was here ran to the front. He ran up the scaffold to find the baby. The baby was still crying and breathing when he got there.

“By the time the paramedics brought him down, they had a towel over his face.”

Neighbor Tanjelyn Castro, 33, described the frantic scene as police officers and building residents scrambled to reach the child at the Third Ave. building.

“Everybody that was outside was running, climbing,” said Castro, who was outdoors washing clothes when the tragedy occurred. “Every man you saw was trying to get to the scaffold. It was a whole bunch of emotion.”

Cops were trying to determine how the child fell and if he was with an adult at the time, a New York Police Department spokeswoman said.

Police officers at the scene used an orange ladder from a construction site to access the scaffolding around the lower floors of the building, one of four towers in the complex of 656 apartments.

“I heard the thud and screaming,” said Castro. “The mom ran to the security booth. My grandmother was calling the ambulance.”