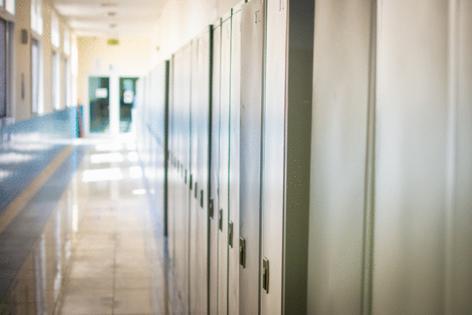 Here's a breakdown of some of these new laws:

House Bill 1084 is aimed at preventing teaching generalizations, such as saying one race is inherently superior, moral character is racially determined or America is fundamentally racist. Sponsors of the bill said this would not obstruct teaching about America's troubled past, but many parents and teachers disagreed. School boards have until Aug. 1 to adopt a policy laying out their process for addressing alleged violations. The state education board has already met Friday's deadline to write a model policy.

Republican lawmakers tacked an amendment about gender and sports onto House Bill 1084. The bill creates a school athletics oversight committee and authorizes athletics associations to decide whether to accommodate transgender athletes. The executive committee of the Georgia High School Association, the state's dominant school sports authority, voted unanimously in May to ban transgender athletes from competing based on their gender identity.

Georgia has been criticized for not having a robust program to help low-income students pay their tuition. HB 1435 provides financial aid up to $2,500 to undergraduate college students in Georgia close to completing their degrees but who are having trouble paying for school.

Lawmakers passed HB 1, which would prevent "free speech zones" on public college and university campuses. The bill, instead, allows students and speakers to gather in any outdoor area of the campus. Some students argued during a hearing on the bill the changes could make it easier for extremist groups to speak on campus.

House Bill 517 increases the size of a program that allows taxpayers to contribute to private school scholarships while recouping that contribution as a credit off their state taxes owed. The student scholarship program will grow to $120 million. It is currently capped at $100 million. Some provisions take effect Friday, with the expansion starting Jan. 1.

Obscenity and parental oversight of schools

Senate Bill 226 expedites the process for removing books and other content some find to be obscene by putting the decision in principals' hands. Book challenges by parents have usually been handled by school panels that included school librarians, teachers and parents. The new law gives the state Board of Education until Sept. 1 to write a model policy. Local school boards have until Jan. 1 to adopt a complaint resolution policy.