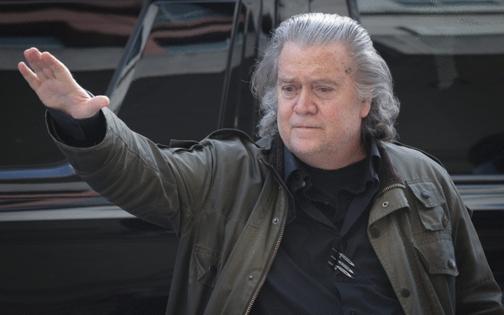 “The media saturation in June and the upcoming hearings in July — right before trial — warrants a continuance” until sometime after Oct. 15 to preserve Bannon’s constitutional right to a fair trial, his lawyer said in a filing in federal court in Washington on Wednesday.

The request comes on the heels of one of the most explosive days of hearings, when Cassidy Hutchinson, a top aide to White House Chief of Staff Mark Meadows, revealed fresh details about Trump’s behavior on the day a mob of his supporters tried to violently overturn the result of the 2020 presidential election.

Bannon’s Wednesday filing pointed to an earlier committee hearing when images of the former Trump 2016 campaign chief were featured.

“The Select Committee played video clips featuring Mr. Bannon for millions of viewers,” his lawyer said in the filing. “One of those videos – presented during primetime – appears to present a statement by Mr. Bannon that is referenced in the indictment.”

Bannon was indicted in November on two counts of contempt of Congress for defying subpoenas from the House Jan. 6 select committee seeking his testimony and production of documents. The charges are misdemeanors that each carry a maximum sentence of one year in prison.

The subpoena seeking Bannon’s testimony referenced media reports that he was involved in “war room” meetings at Washington’s Willard Hotel with Rudy Giuliani and others plotting to keep ways to keep Trump in office. Hutchinson said in her testimony on Tuesday that Meadows dithered about attending a meeting at the Willard throughout Jan. 5, 2021.