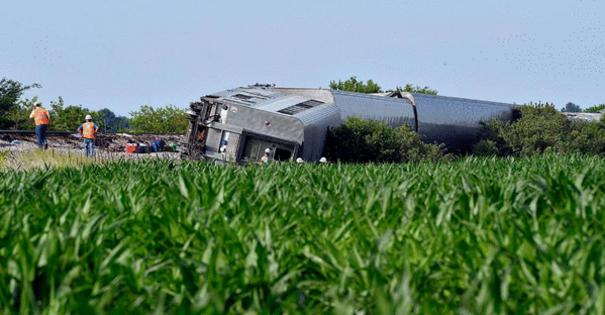 Evan Emmerich, Chariton County Presiding Commissioner, provided a timeline to The Kansas City Star showing the commission’s involvement with the Porche Prairie Avenue crossing where two locomotives and eight cars derailed on Monday, killing four and injuring 150. As of Wednesday, at least 13 remained in Missouri hospitals.

The crash occurred when the train struck a dump truck that was on the track near Mendon, Missouri, about 100 miles northeast of Kansas City. Residents in the area have shared concerns for years with the state and the BNSF Railway, which owns the track, about what they describe as a dangerous crossing.

The presiding commissioner’s timeline included a complaint from local residents that a commissioner received on May 23 about the crossing where the approach to the track has a steep grade.

“The Commission contacted MoDOT Railroad Safety by email about the visibility issues but never received a response,” Emmerich wrote in his notes and timeline.

According to Emmerich, the commission first spoke to local farmer Mike Spencer in December 2019 about his concerns regarding what he saw as dangers at the crossing. The commission and members of the community have been trying to get improvements ever since.

When asked Wednesday about the May 23 complaint and that Emmerich said the commission didn’t receive a response, MoDOT spokeswoman Linda Wilson Horn said in an email that she was “checking into the status of that request.”

She included in her message that “the rule for sight distance is when a vehicle is stopped at the stop sign on the post with the railroad crossing sign that they have clear sightlines for 250 feet in each direction.”

A week after alerting MoDOT, Emmerich made a notation on May 31 that the commission called “the Roadmaster with BNSF (Railway) to express our concerns with the visibility issues at the Porche Prairie Ave rail crossing.”

Lena Kent, a BNSF Railway company spokeswoman, said she can’t comment on “the incident itself given the [National Transportation Safety Board’s] involvement.”