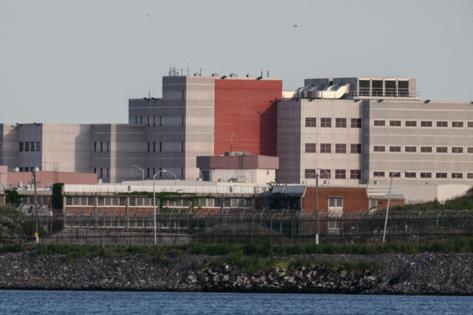 NEW YORK — Black people are more likely to be jailed for weapons possession than other New Yorkers — giving public defenders and civil rights advocates reason to support last week’s Supreme Court ruling expected to ease the process of getting a license to carry a gun.

The defense lawyers’ unlikely alliance with the NRA-affiliated group of New York gun owners who brought the Supreme Court case is based partly on the argument that New York’s laws restricting gun owners’ right to carry weapons had racist underpinnings.

“Society as a whole has a dramatically different view of Black people carrying guns that it does of white people,” said Ron Kuby, a civil rights lawyer

“With white people, they see decent honest hardworking citizens,” Kuby said. “And when they look at Black men with guns, they see menace, danger and threat. And that has been true since the founding of the republic.”

Of the 440 people in New York City jails Thursday awaiting trial in cases where felony weapons possession was the top charge, 69% were Black, 23% Hispanic, 5% white, and 3% Asian, according to the Data Collaborative for Justice at John Jay College.

Black New Yorkers — who make up 24% of the city’s population — are jailed pretrial on firearms charges in nearly three times their proportion of the general population, the numbers show.

A group of Black Legal Aid lawyers as well as public defender organizations in the Bronx and Brooklyn filed a brief with the Supreme Court in 2021 supporting gun rights groups’ effort to overturn New York’s license to carry laws, which date to 1911.

“[Virtually] all our clients whom New York prosecutes for exercising their Second Amendment right are Black or Hispanic,” said the brief.

“And that is no accident,” the brief says. “New York enacted its firearm licensing requirements to criminalize gun ownership by racial and ethnic minorities.…

“New York police have stopped, questioned, and frisked our clients on the streets. They have invaded our clients’ homes with guns drawn, terrifying them, their families, and their children….