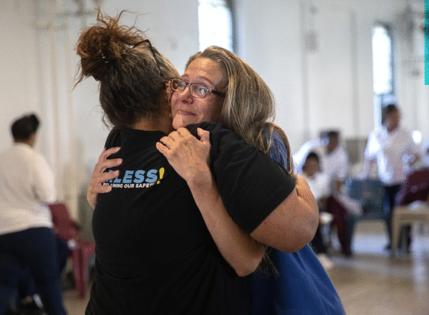 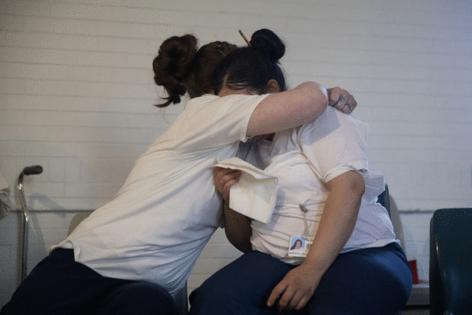 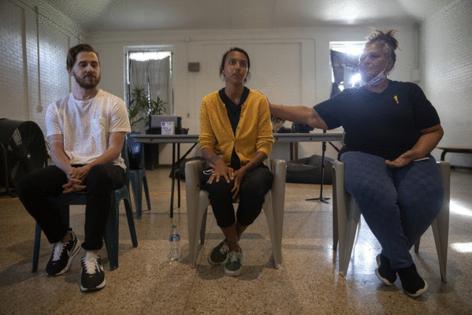 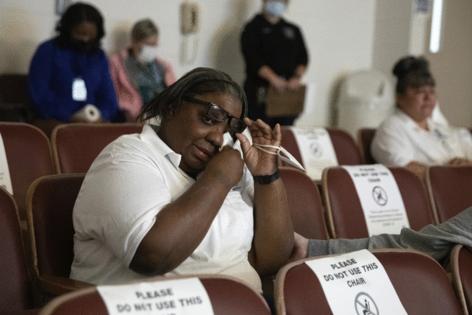 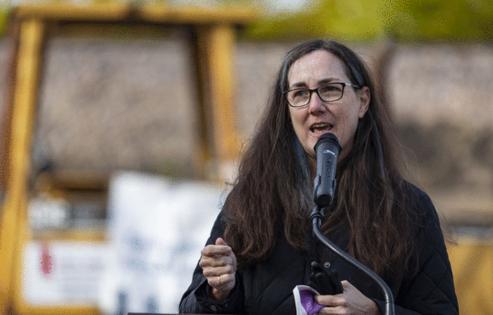 CHICAGO — Inside a rec room at the Logan Correctional Center in downstate Illinois, a projector screen leaned slightly forward but was upright enough as an audience gathered in front of it to watch a film.

A large speaker on the floor would provide sufficient if not perfect sound. And as the sun set, staff quickly created makeshift curtains to darken the room.

Given the limitations of a prison, the showing of “And So I Stayed,” was, as the filmmaker would say later, not the best technical presentation.

But it was by far the most meaningful.

The film — which documents efforts to pass a law in New York that allows survivors of gender-based violence to present the abuse they suffered as consideration for new, shorter sentences — was being shown for the first time to an audience inside a correctional facility, and specifically to people who had been convicted of serious crimes they argue were related to abuse.

As the group, mostly women, watched the film’s stories of three survivors, including the abuse and torture they suffered, the anguished 911 calls they made to report their crimes and the strained phone conversations with their children from prison, those at Logan nodded in agreement and shook their heads in frustration. They wept openly but silently, passing tissues to each other. They reached for support, holding hands or touching each other’s shoulders in shared grief.

In fact, sentencing relief for victims of domestic violence has been possible in Illinois since 2016, when the state became one of the first in the nation, ahead of New York, to pass legislation. It offers the chance not to reargue underlying criminal charges in a case, but rather that a resentencing is in order to consider whether domestic violence played a role either directly or indirectly in a conviction.

Some of the sentences that could be reconsidered are long — more than 20 years in some cases.

But while more than two dozen people in New York have benefited from the law, advocates here are aware of just four women who have been helped in Illinois, a figure they find unacceptable considering they know of some 60 in the state who have filed petitions.

The filings are being turned back by both technicalities and a legal system that has struggled to evolve and recognize how perpetrators of violence can be victims too, advocates said.