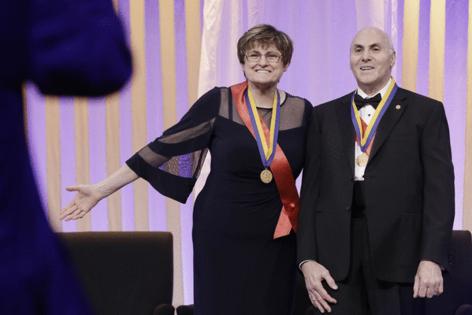 PHILADELPHIA — The University of Pennsylvania has reaped extraordinary financial gain from COVID-19 vaccines — approaching $1 billion since the beginning of last year — thanks to patents on a process Penn researchers developed more than 15 years ago.

It ranks among the biggest short-term royalty wins ever by a university.

Penn will use the proceeds for a $750 million expansion of scientific and medical research in Philadelphia, where it is already the main driver of a burgeoning cell and gene therapy sector. Those plans include a $350 million addition of laboratory space.

Already in the year that ended June 30, 2021, Penn's overall royalties, not just from the vaccines, soared from $30 million the year before to $310 million. "That is a huge number," said Stephen J. Susalka, CEO of AUTM, an association of university tech transfer managers.

And this year's figure, based on 12 months of vaccine sales, will be even larger.

From invention to vaccine

The path to Penn's bounty from COVID-19 vaccines, which have saved an estimated 2 million lives in the United States, started with a little-noticed paper that biochemist Katalin Karikó and immunologist Drew Weissman published in 2005.

The research focused on messenger RNA (ribonucleic acid), which are molecules that carry genetic instructions for making protein. It had long been thought that messenger RNA, or mRNA, could be used to give the human body instructions that would enable it to fight off infectious diseases or fix other ailments.