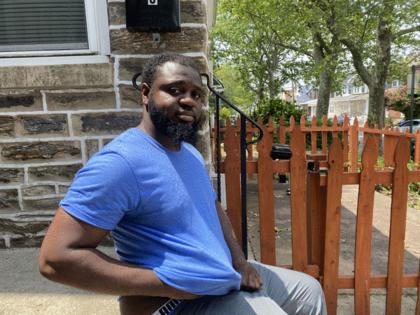 PHILADELPHIA — In May, a South Philadelphia man stepped out of his house for a smoke when police said a gun-wielding man rode up on a bicycle and demanded money. The homeowner dropped his cigarette, pulled out his licensed gun and fatally shot the would-be robber in the head.

In March, an assistant manager at a Dollar General store in North Philadelphia used his legal gun to shoot a man who police said burst into the store in a ski mask, demanded money and threatened to kill the cashier. “I’m opening up the register for you, sir,” said the manager, who instead pulled his own handgun and shot the robber in the head, killing him.

The same month, a customer with a carry permit inside Max Food Market in the Yorktown section fatally shot a gunman who tried to rob him while he was playing a video poker machine. “You have to defend yourself,” said Maximo Torres Rodriquez, the store’s owner. “You have to do it.”

The three would-be assailants died from their injuries and in all three cases authorities brought no charges against the shooters. These sorts of deadly clashes in which the intended victims survive and assailants die are rare in Philadelphia, but are becoming more common as a growing number of people have legally armed themselves amid rising numbers of carjackings, shootings and homicides.

Justified homicides jumped 67% from 2020 to 2021 ― from 12 to 20 according to the Philadelphia Police Department. Another six have been ruled justified by the department but are awaiting the District Attorney’s office to sign off. In 2019, there were 10 justified killings, six in 2018 and eight in 2017, the department said.

So far in 2022, victims have shot at least eight armed assailants to death, with more than seven months remaining in the year.

“The total number of shootings and the climate of gun violence has gotten more severe,” said District Attorney Larry Krasner. “So I would expect that there would be more situations involving self-defense.”

As Krasner said, the surge in justified shootings reflects the general rise in gun violence in the city. With unjustified homicides hitting a record total last year, with 562 victims, self-defense killings climbed too, though only slightly as a percentage of all homicides.

The trend worries some analysts and gun control advocates, who say civilians who buy guns for protection may be putting themselves and others at more risk, not less. They cite studies showing that legally purchased guns are more likely to be fired in accidental shootings, during domestic disputes and in suicides than in self-defense.

In the case of the Dollar General shooting, prosecutors and police concluded that the assistant manager, Junwan Perkins-Owens, 22, acted in self-defense in shooting the robber who burst into the store at Ninth Street and Girard Avenue. Perkins-Owens said he feared for his life as the intruder brandished what turned out to be a fake gun.