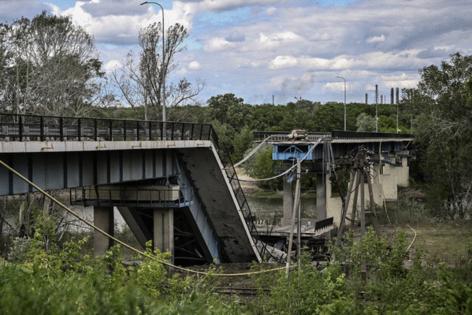 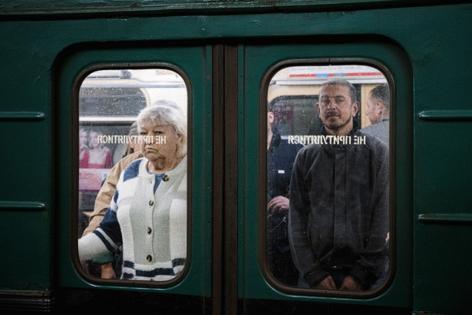 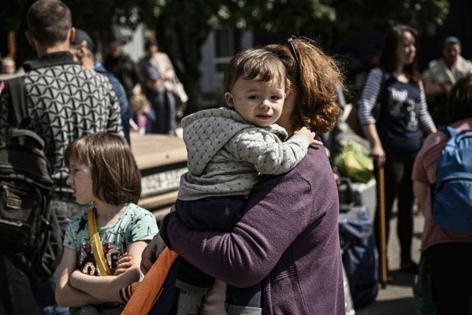 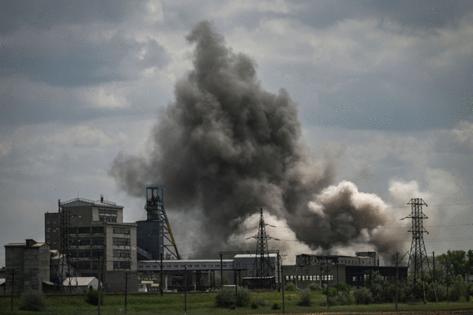 KYIV, Ukraine — As the conflict in Ukraine enters its fourth month, Russian troops appeared Tuesday to be on the cusp of a breakthrough in the disputed Donbas region, with Ukrainian President Volodymyr Zelenskyy warning of difficult weeks ahead.

Russian forces have launched a campaign to encircle Severodonetsk — the easternmost point of the Donbas still under Ukrainian control — along with its sister city, Lysychansk, just to the south.

By Tuesday morning, after days of withering artillery duels along the eastern front, Russian troops were reported to have seized portions of Lyman, a town roughly 30 miles west of Severodonetsk, and blitzed into the village of Zolote, south of Lysychansk. Those attacks and a Russian stab from north of Severodonetsk form a three-pronged offensive to take the city.

“Literally,” Zelenskyy said. “Nobody destroyed Donbas as the Russian military does now.”

At the same time, authorities in Mariupol, which Russia now controls in its most significant gain of the war, announced the gruesome discovery of 200 bodies in the basement of a collapsed apartment building. The nearly obliterated port city in the southeast has endured some of the worst suffering of the war.

The ministry also said Russian sappers had de-mined a section of the coast of the Sea of Azov adjacent to the port of Mariupol, the Russian news agency Tass reported.