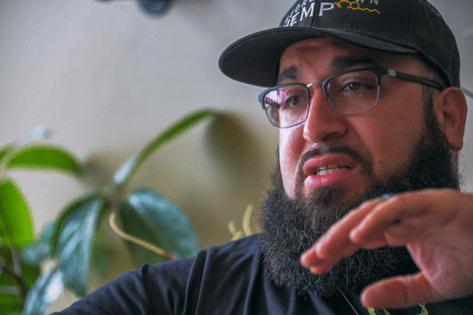 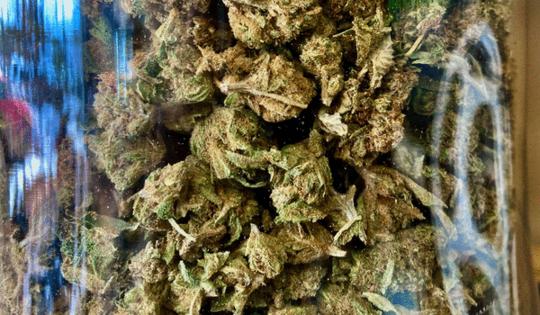 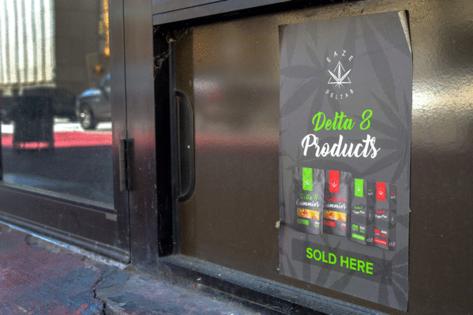 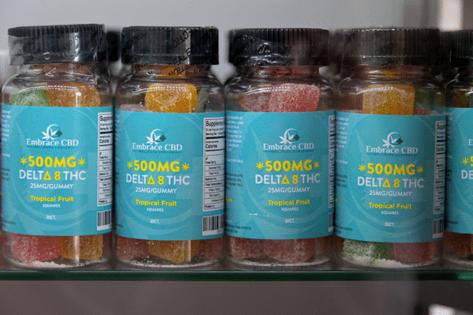 BALTIMORE — You no longer need a medical card to legally get high on cannabis in Maryland.

The state spent years setting up a medical cannabis industry that is tightly regulated at every step from seed to sale. Dispensaries, processors and cultivators spent millions of dollars creating an entirely new industry under the impression that everyone would compete under the same rules.

Now, anyone can walk into one of hundreds of CBD stores, head shops and gas stations across the state and legally buy a cannabis-derived product that has a psychoactive effect similar to a gummy from a dispensary.

Delta-8 is one of more than a hundred closely related compounds found in the cannabis plant called cannabinoids. Its chemical structure is nearly identical to THC, the main psychoactive component in cannabis.

Delta-8 is found in small amounts in hemp. It’s legal thanks to a loophole in federal legislation that passed in 2018. And it’s virtually unregulated. As a result, it’s generally cheaper than the cannabis sold at dispensaries. And it’s rapidly grown into an industry that some estimate has $50 million of annual revenue in Maryland — if not more.

Critics and users alike are concerned that it could pose a public health risk. More than 20 states have regulated or banned the sale of Delta-8, including Virginia, starting July 1.

The Maryland General Assembly considered banning it during the recent session but opted instead for a yearlong study, punting the issue until next year. Meanwhile, Maryland voters are expected to legalize recreational cannabis in a November referendum, but it could take a couple of years after that to hammer out regulations, launch a new industry and start selling.

In the meantime, the Delta-8 industry appears to be filling this vacuum.

Will Tilburg, executive director of the Maryland Medical Cannabis Commission, testified about the Delta-8 during a March hearing.