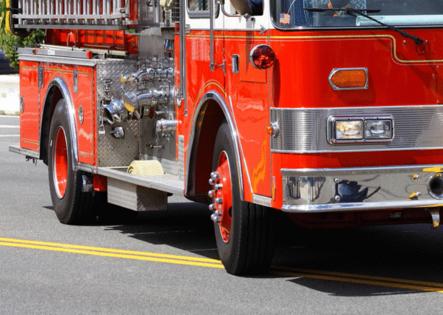 The vegetation fire has been burning since Friday afternoon, according to Cal Fire.

No structures have been threatened by the wildfire so far, although windy conditions in Mendocino County prompted at least 19 fire engines and a helicopter to respond to the blaze.

The fire began in a heavily forested area near Bill Owens Road. Crews have not yet identified a cause.

Cal Fire had issued evacuation notices to 50 residents in the area, but lifted them Saturday morning after crews established a line around the blaze, agency spokeswoman Tricha Austin said.

“Point Arena is an area where a lot of people have summer homes — it gets highly populated during the summer months,” Austin said. “There’s a variety of terrain out there: You’ve got cliffs, a beach, open grassland, some mountainous areas and then some patches of forest.”

Mendocino County was home to the state’s largest ever California wildfire, the August Complex, which burned more than 1 million acres in the late summer months of 2020, destroying 935 structures and resulting in one death.

Meteorologists have braced for an earlier start to wildfire season in Northern California as drought conditions persist across the state. On Thursday, the National Weather Service extended a red flag wildfire warning from the state’s Central Valley to the Bay Area that lasted until Saturday.

The weather service forecasts that the region will see weekend wind speeds of 15 to 30 mph, coupled with low humidity and high temperatures. The conditions are expected to last through at least the middle of next week, spelling trouble for inland areas away from the coast, a meteorologist said.

“We’ll be keeping an eye on it — those dry conditions might reach some critical thresholds” for wildfire conditions, said Jeff Lorber of the National Weather Service.

A couple of wet systems are moving through the Pacific Northwest toward the end of next week that could sprinkle northern parts of the Bay Area, he said, although rain is unlikely.